Why Circuit of The Americas is the Best Racetrack in the U.S.

In less than a decade of existence, Circuit of The Americas™ has left its mark on the worldwide racing stage and become the premier destination for motorsport in the United States.

But in a country with a steep history of motorsport with several famous venues from coast to coast, how did a brand-new track in Austin, Texas become king so quickly?

Here's why Circuit of The Americas is already the best racetrack in the United States. 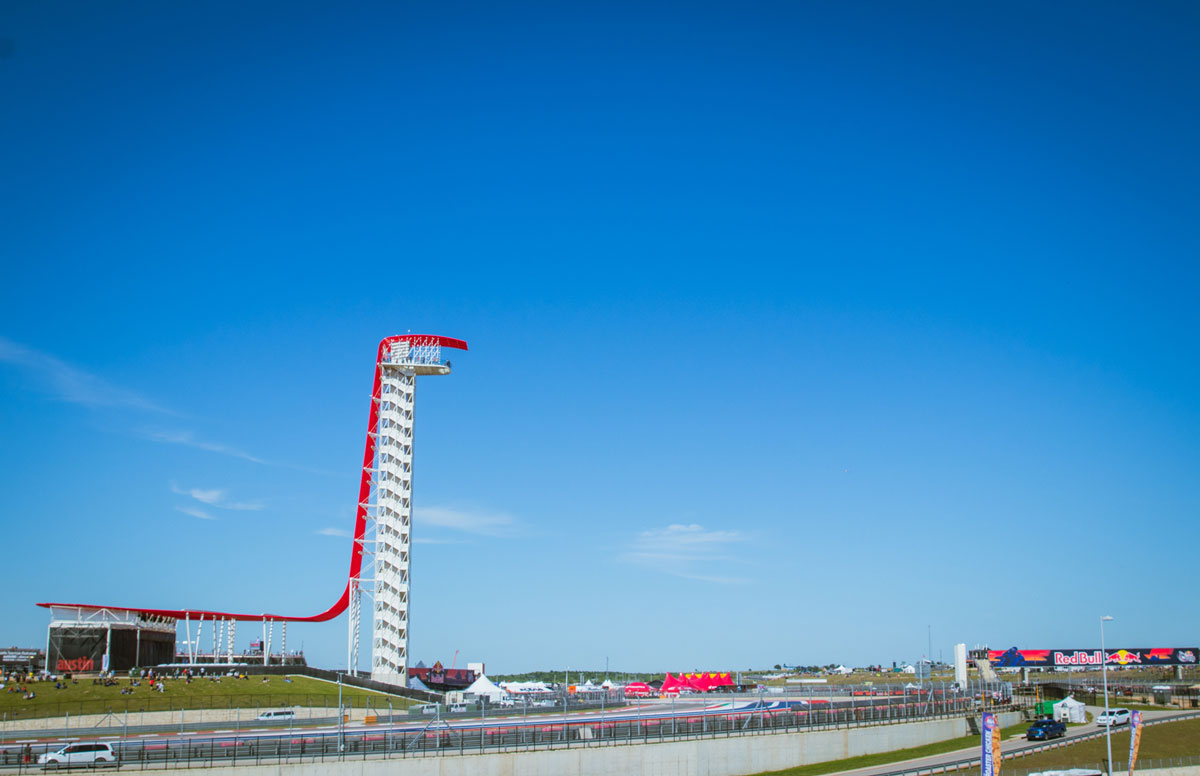 Home to a Global Audience

That's because the circuit has been the only home in the United States for Formula 1® and MotoGP® for almost a decade.

The United States Grand Prix took off from Circuit of The Americas for the first time in 2012, and the worldwide racing series has returned every year since.

As for MotoGP, the world's premier motorcycle racing series found its home at Circuit of The Americas in 2013 for the first Grand Prix of The Americas.

While NASCAR and IndyCar may have more of a foothold strictly in American culture, having a venue host both an F1 and MotoGP race annually brings a global audience that isn't always guaranteed from the former two examples. The United States is a huge market that can sustain itself, but its even better when that market can attract eyes from all around the world and showcase that an American track can be considered one of the best on the planet.

Circuit of The Americas was built with a respect for some of racing's greatest tracks in mind.

Plans for its construction were started in 2010, with the circuit designed with a heavy European influence. But the track didn't just mimic its counterparts abroad in hopes of gaining respect worldwide — it took inspiration from some of the best features of famed tracks around the globe while also adding personal touches that made the circuit uniquely American and a new beacon of racing culture in the United States.

For examples, Turn 3 through 6 on the track are designed in a similar fashion to Silverstone's Maggotts, Becketts and Chapel turns, Turns 12 and 15 mirror Hockenheim’s famous stadium section and Turns 16 through 18 pay homage to Istanbul's heralded Turn 8.

The House that Hamilton and Márquez Built

The design and location of a track only go so far when telling the story of its history. Even at less than a decade old, Circuit of The Americas has become the grounds that two of the biggest names in motorsport have built their legacy.

Lewis Hamilton, currently the biggest name in F1 and one of the most successful drivers of all time, has dominated at Circuit of The Americas since 2012, winning five out of the seven USGP's held at the venue. In 2015, Hamilton not only won, but claimed the World Championship by winning at COTA.

Read: Top 5 F1 Performances at Circuit of The Americas

Then there's Marc Márquez, who at 26 years old has already won at COTA a record six times. In fact, Márquez won the first six Grand Prix of The Americas at COTA, only failing to claim victory recently at the 2019 race. Márquez is a 5-time MotoGP World Champion already in his young career and his conquests at COTA play a huge role in his legacy.

Due to its relatively young age, Circuit of The Americas was built as a multi-purpose facility that would go beyond the world of racing.

Within Circuit of The Americas is the Austin360 Ampitheater, a multi-purpose music venue that has brought in music and entertainment acts such as KISS, Kanye West, Drake, Maroon 5, Kelly Clarkson and more. For the 2019 United States Grand Prix, Imagine Dragons and P!nk were the headline acts for the weekend.

The 2020 United States Grand Prix takes off from Circuit of The Americas on October 25. Be in attendance for one of the final races of the season with an Official Ticket Package from COTA Experiences. Packages include Friday through Sunday access, exclusive insider experiences and the option to add Lunch With a Legend access with Mario Andretti!

Attend the Grand Prix of The Americas