The Best Turns at Circuit of The Americas [GUIDE]

Since 2012, Circuit of The Americas™ has been the home to the Formula 1 United States Grand Prix.

The circuit has many defining features, like the Observation Tower that looks over the entire track, but nothing characterizes COTA more than the turns at the start and the back-half of the race. While COTA is famous for its steep beginnings at Turn 1, there are other twists that have helped make the United States Grand Prix one of the most exciting races on the F1 calendar every year.

With that said, here is our official breakdown of the best and most exciting turns at Circuit of The Americas.

There's nothing quite like watching drivers make the climb up the first hill at Circuit of The Americas and head into Turn 1 to kick off the United States Grand Prix. This 133-foot climb from the starting grid up to the first turn of the USGP is the staple of the race every year.

But Turn 1 isn’t a one-trick pony. This turn maintains the drama throughout the entire race as one of the best spots for drivers to try and overtake their competition as they reach the climax of the hill and go into the turn. Drivers in the past have said that it’s extremely challenging to maintain the same line at Turn 1 for an entire race.

The Grandstand at Turn 1 offers views of the action right in front of you, but also the short, steep climb up to the action-packed turn and the aftermath as drivers head into the mix at Turns 2 and 3. 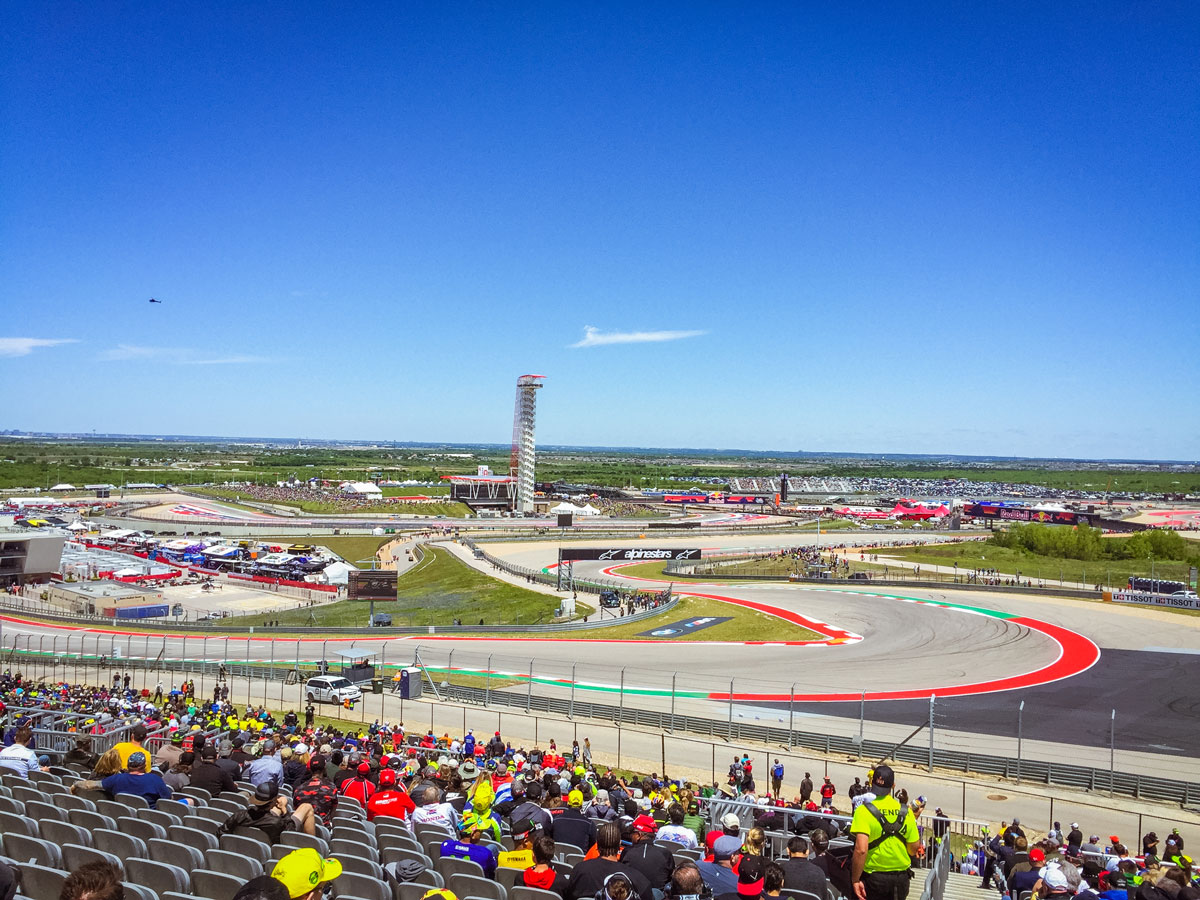 This may seem like cheating but Turns 3 through 6 at COTA are some of the most important and inter-connected parts of the circuit, so we're grouping them together. Drivers will stick to the edges of the track and move right to left as they traverse through Turns 3 and 4 and then try to maintain their speed as they go into the deeper Turns 5 and 6.

The Grandstand in this section stretches all the way from the start of Turn 3 through the end of Turn 6, giving viewers many options to watch one of the fastest and most technical portions of the race. 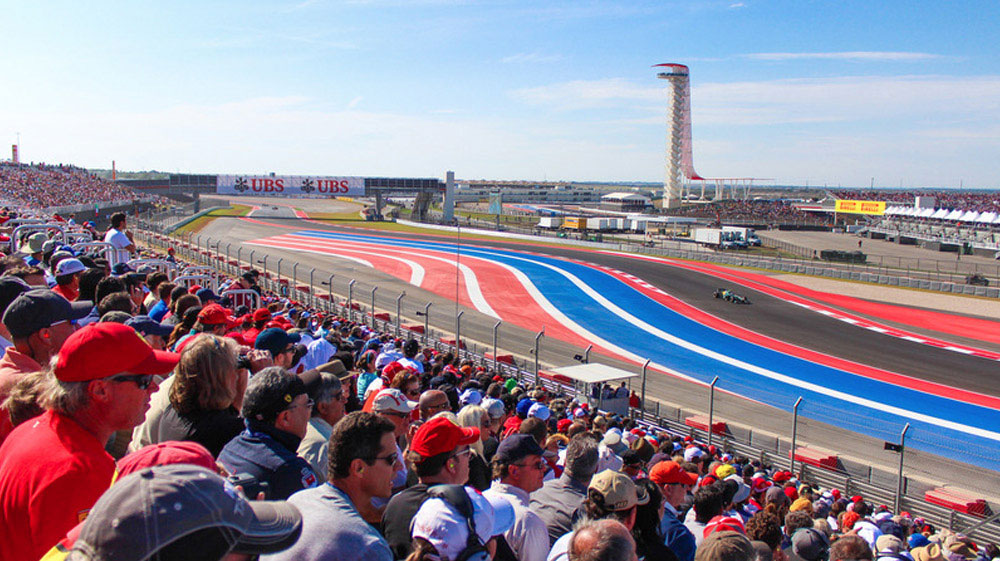 Turn 12 greets drivers after they jet through an over-1000 meter straight.

This sharp left turn forces a big speed adjustment, as drivers slow down by about 200 kilometers per hour as they head into consecutive hairpin turns.

The Grandstand at Turn 12 gives viewers a great view of the cars coming from the straightaway into the turn, plus a look as the drivers head into Turn 13. 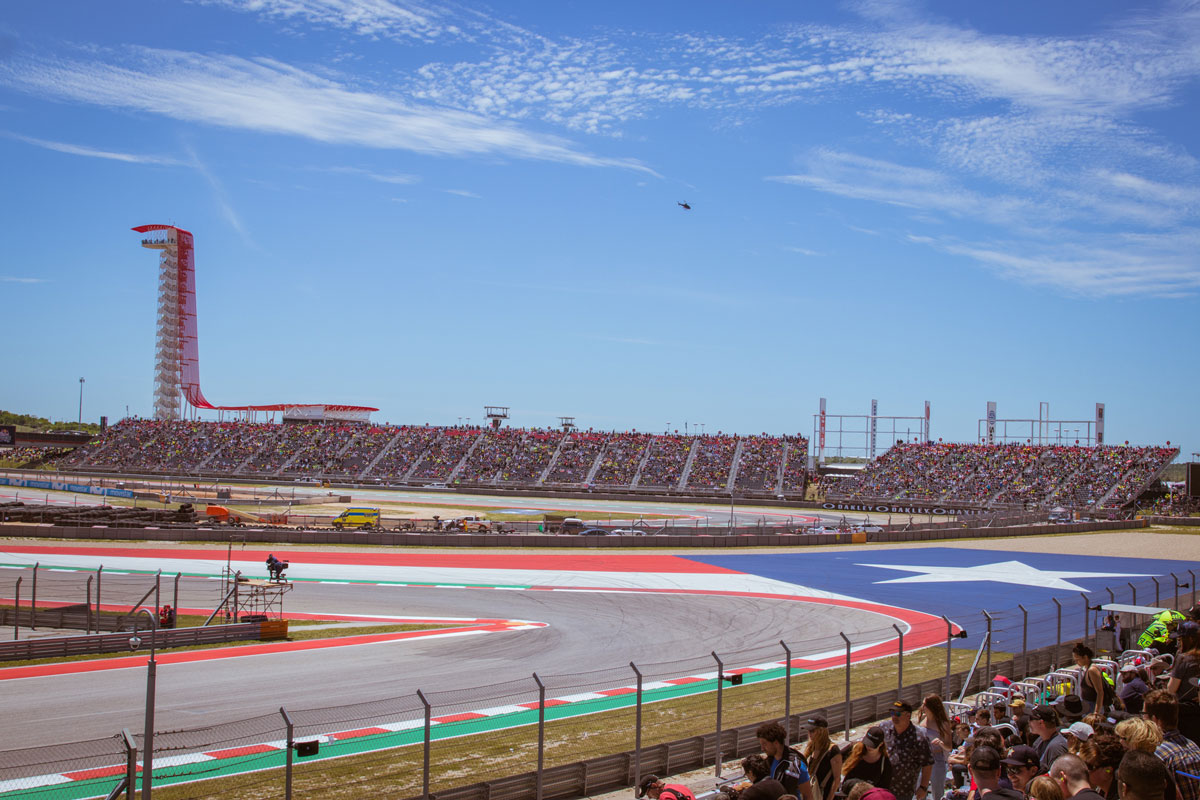 Turn 15 is arguably the most challenging and sharpest turn at COTA. Speed is thrown out the window as the drivers must carefully navigate their way through the twists and Turns at 13 and 14 and then go sharply into Turn 15 at an average rate of 60 kilometers per hour.

This turn is more of a showcase of technical prowess than overtaking and puts a driver's skill to the test right in front of a large audience in the Turn 15 Grandstand. 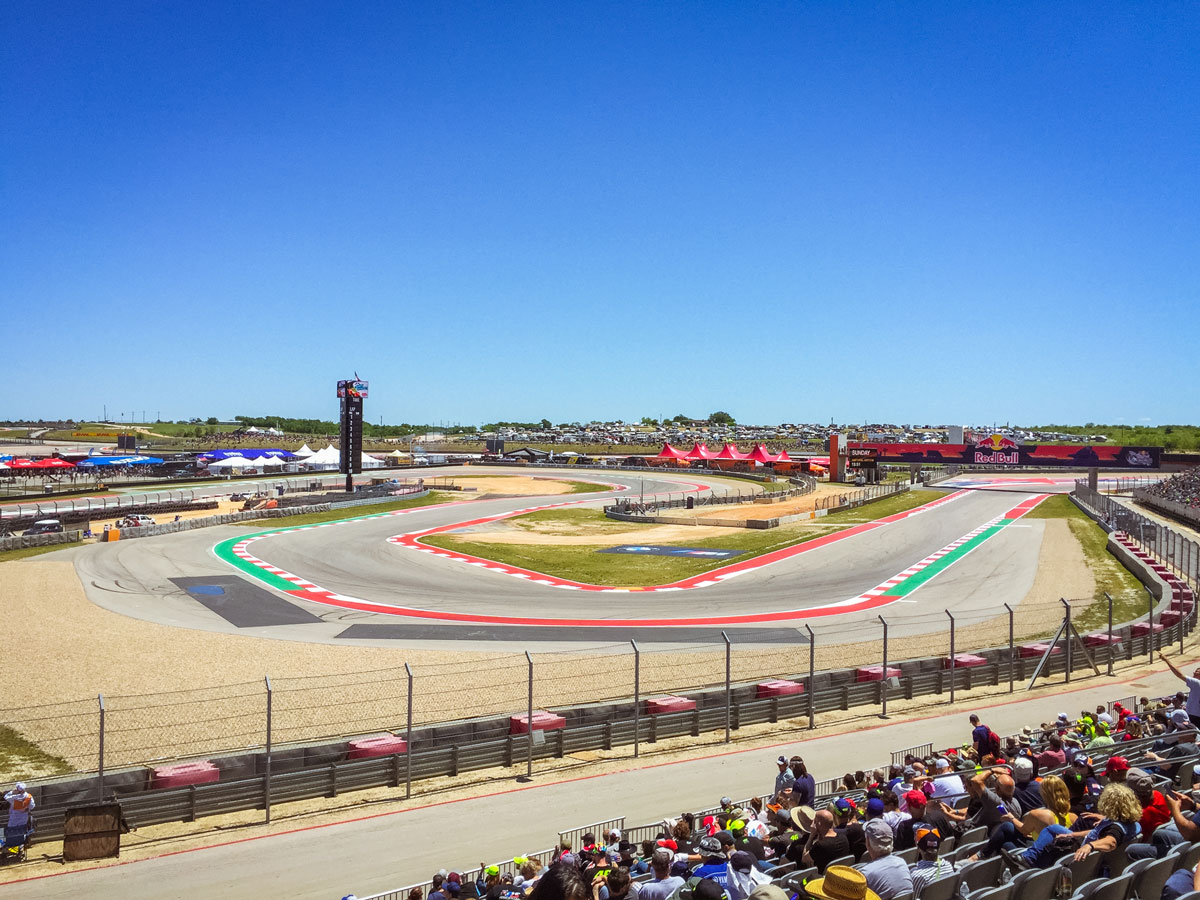 Click below to see all remaining Official Ticket Packages for the 2020 USGP from COTA Experiences. Packages include Friday through Sunday access to the circuit, exclusive insider extras and the option to add Champions Club hospitality to any order.