Márquez starts to shine as the 2019 MotoGP season revs up

Five down, fourteen to go. After a shaky start to his title defence, Marc Márquez has won the last two races for Honda to lead the 2019 MotoGP Championship after the French Grand Prix. 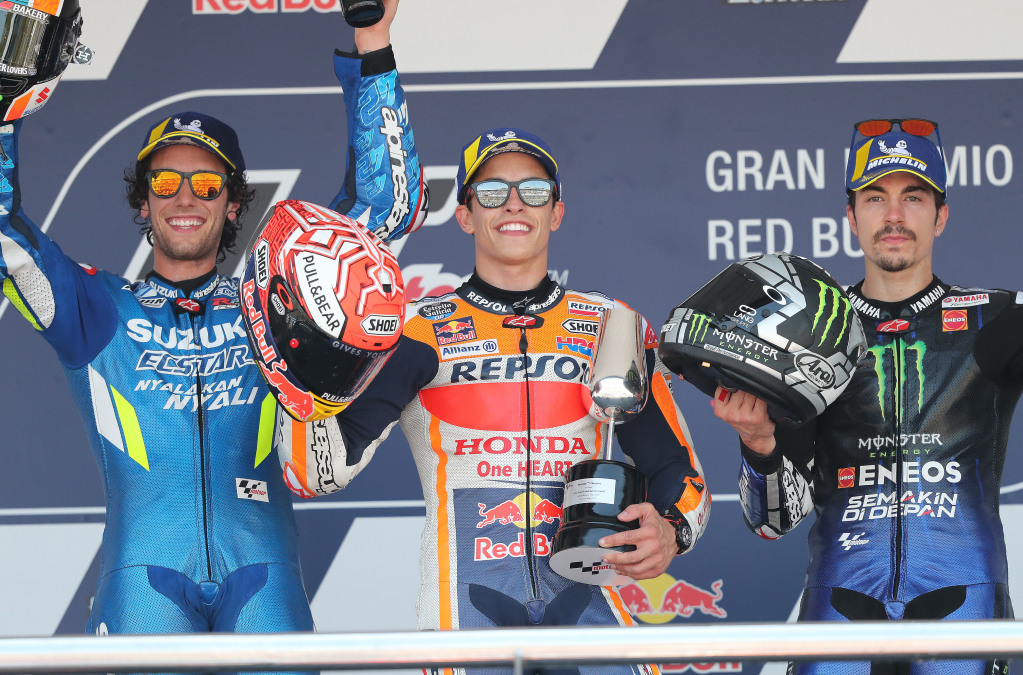 The new season got underway under lights in Qatar on March 10.  Riding for Ducati, Andrea Dovizioso emerged triumphant for the second year in succession after a tough battle with Marc Márquez, with Cal Crutchlow taking the final podium position.

Márquez made amends with a dominant performance in the second race of the season, the Argentine MotoGP at Autódromo Termas de Río Hondo. After taking pole position, the Catalan champion led all the way to the chequered flag, beating Valentino Rossi by almost 10 seconds.

From South to North America, the next stop on the 2019 MotoGP calendar was at Circuit of The Americas. On track for an incredible seventh straight MotoGP victory at the circuit, Marc Márquez made an uncharacteristic error on Lap 9/20 and crashed out of the race. Valentino Rossi inherited the lead, but wasn’t able to fend off Alex Rins, who passed the veteran Italian on Lap 17 to record his maiden MotoGP victory (read our report of the race here).

The European MotoGP season began earlier this month with a visit to the Jerez circuit in Southern Spain. Marc Márquez didn’t let his local fans down, taking the win from compatriots Alex Rins and Maverick Viñales after a challenge from young French rider Fabio Quartararo was halted by a mechanical issue. 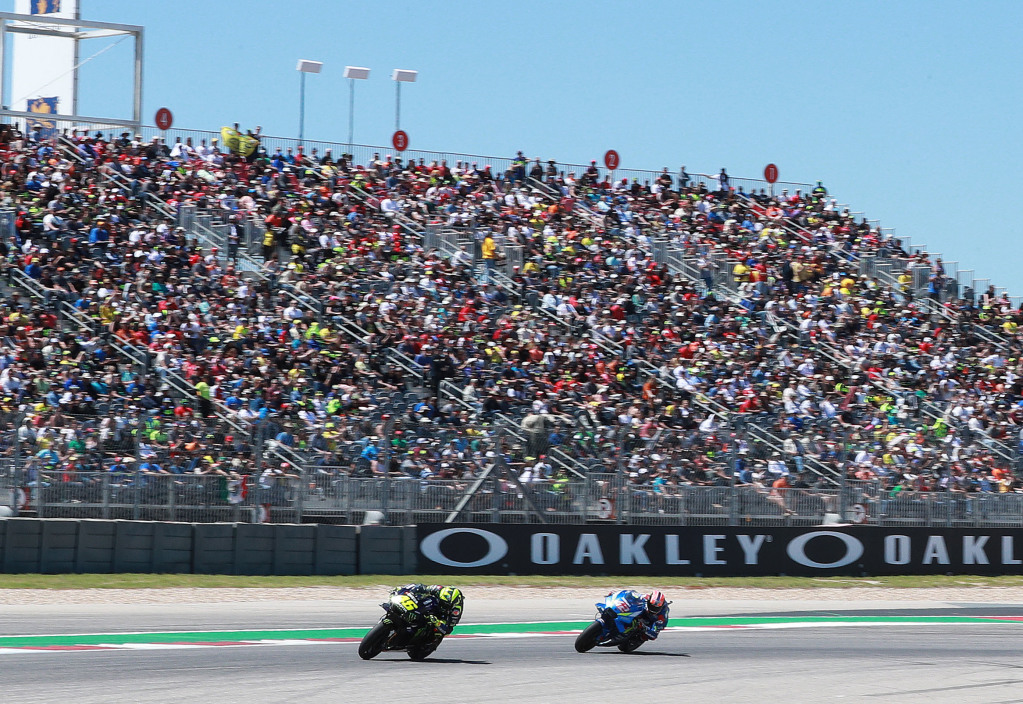 2019 MotoGP Championship Standings after Round 5

Upcoming Races in the 2019 MotoGP Championship

Don’t miss out on the 2020 Austin MotoGP at Circuit of The Americas. Official Ticket Packages are now on sale! Choose from the best grandstand seats or access to VIP trackside hospitality at one of the most anticipated races on the MotoGP calendar.