Formula 1® crowned a new, and familiar, World Champion and Mercedes' dominance continued in Austin, Texas this year at the 2019 United States Grand Prix.

COTA Experiences was there for every step of a historic weekend, giving our guests the ultimate experience at F1's only race on United States soil.

Here is our recap from three exciting days in Austin.

From Friday through Sunday, COTA Experiences guests enjoyed race weekend inside of the Champions Club. This hospitality space was built specifically for the United States Grand Prix and sits right between the starting line and Turn 1.

The Champions Club was packed with things for guests to indulge themselves in, including gourmet food and drink selections throughout the weekend, a photo booth, live TV broadcast of the day's races and a virtual reality racing rig setup for guests to feel what it’s like to step behind the wheel of an F1 car.

Guests could be found inside of the hospitality unit or in the outdoor suite seating sections that put them in front of the track.

Celebrity guest appearances were littered throughout the weekend inside of the Champions Club. On Sunday, we were joined by F1 statistician Sean Kelly, McLaren Team Principal Zak Brown and Mario Andretti, who also joined us for Lunch With A Legend on Friday. 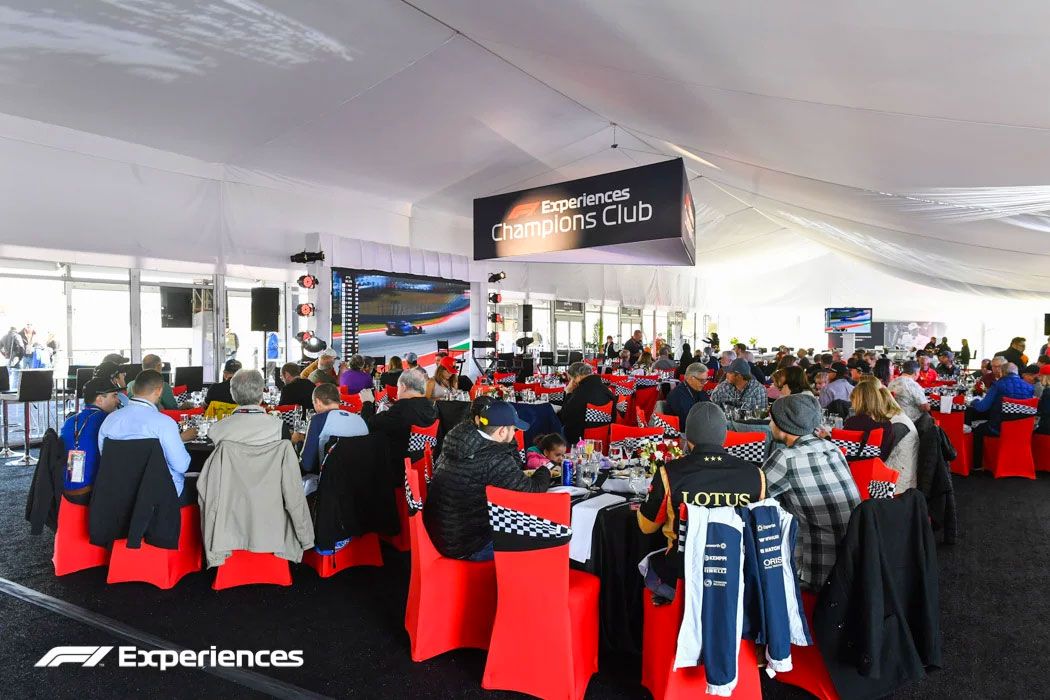 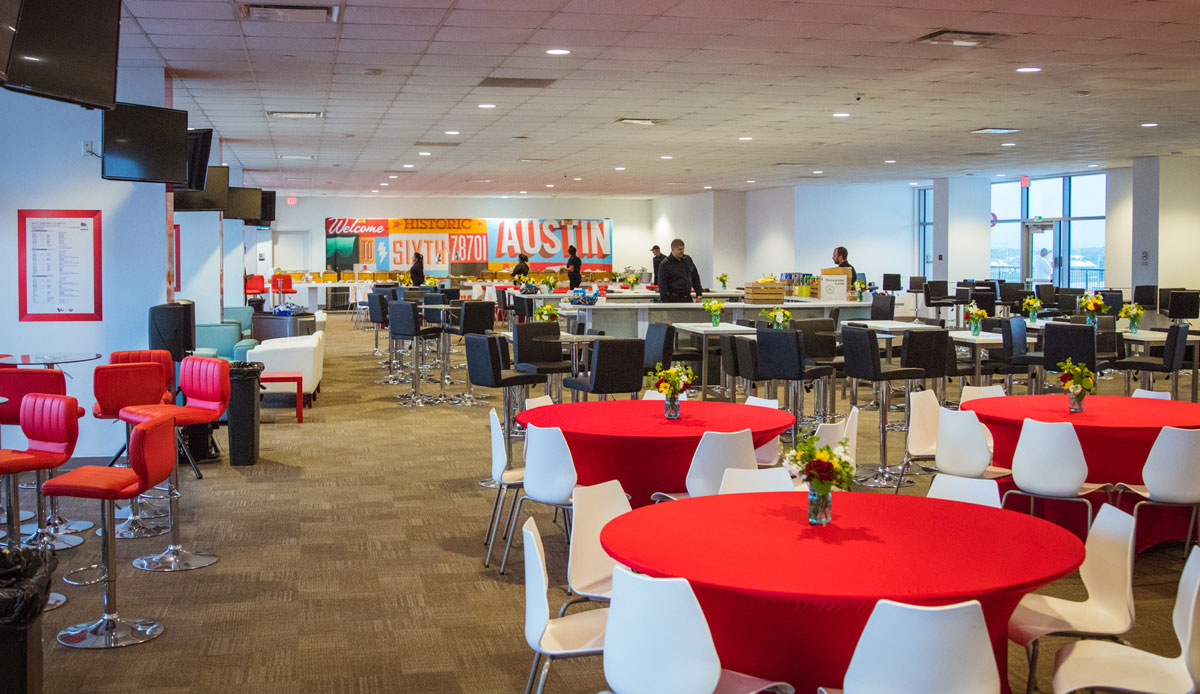 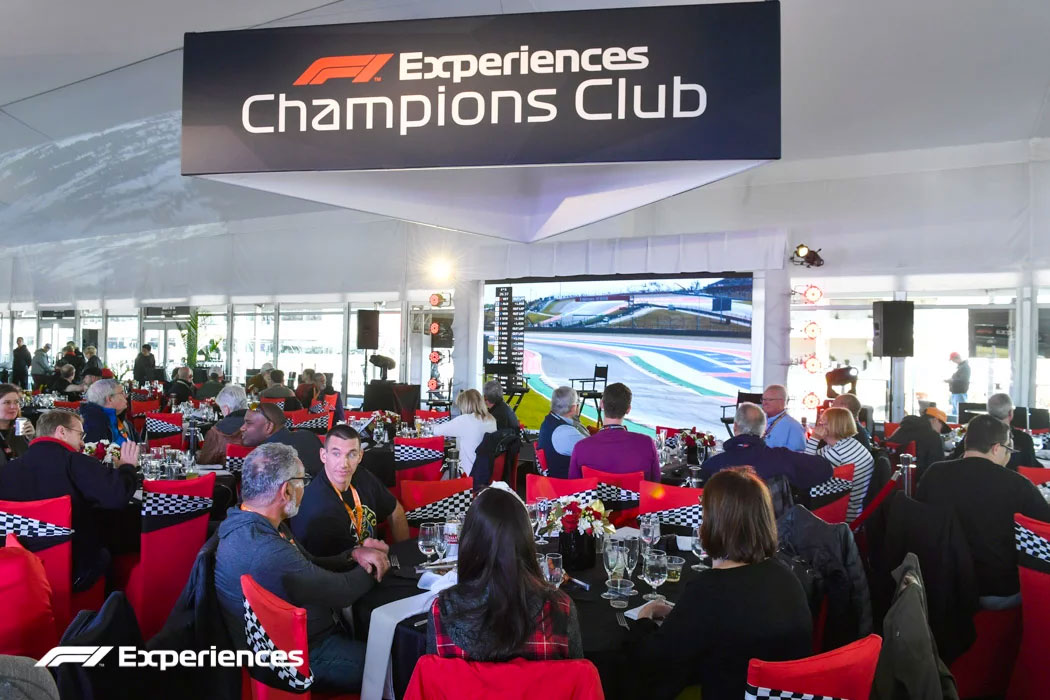 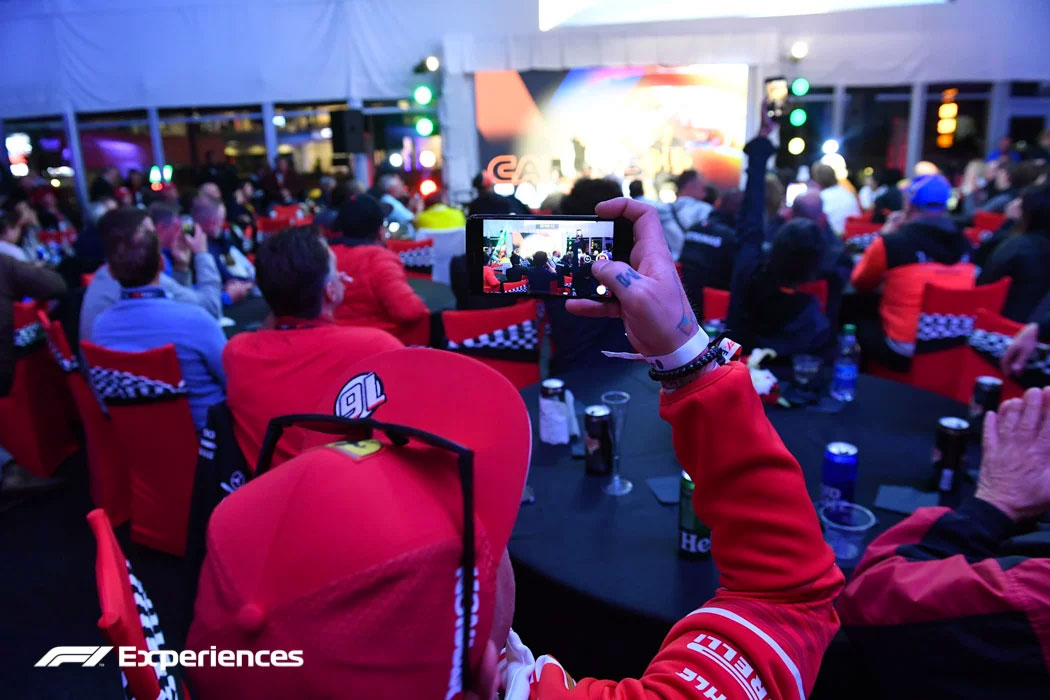 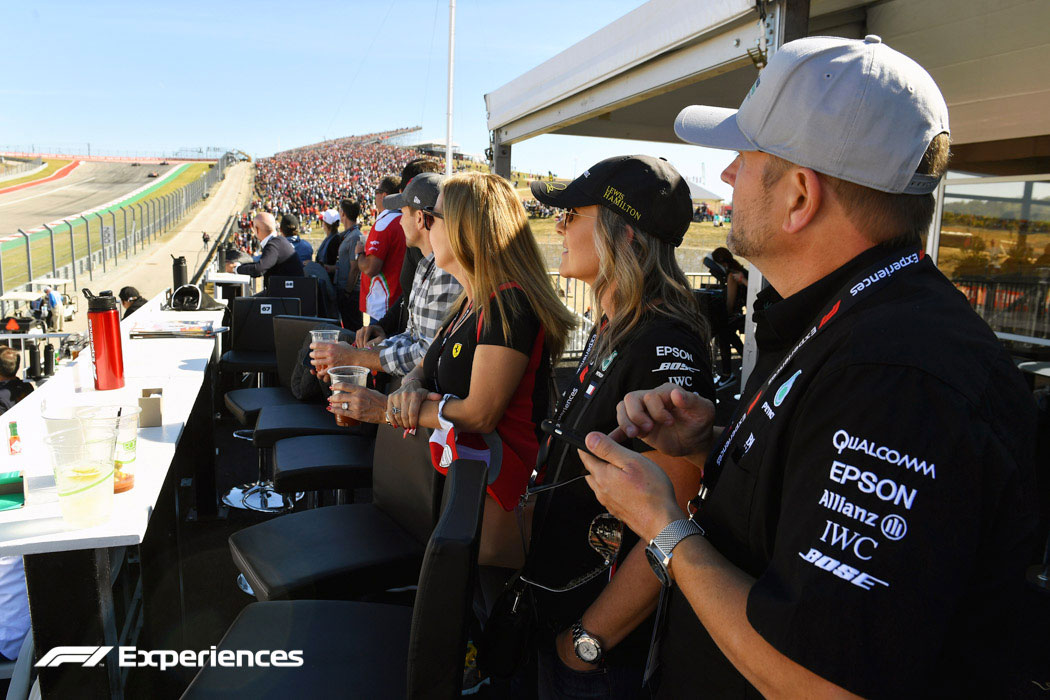 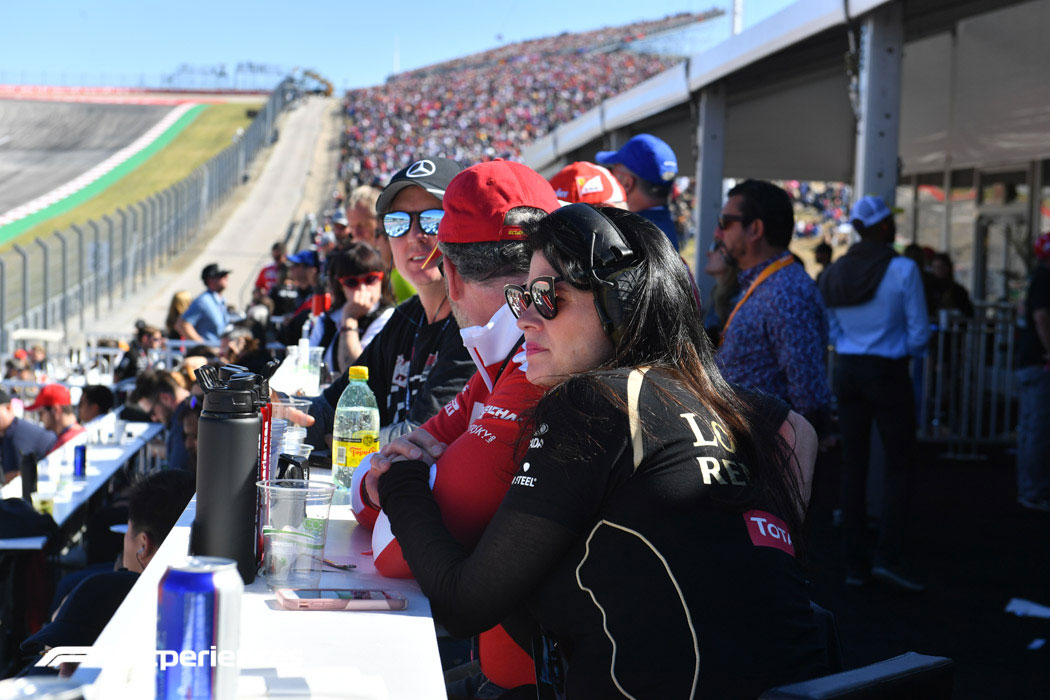 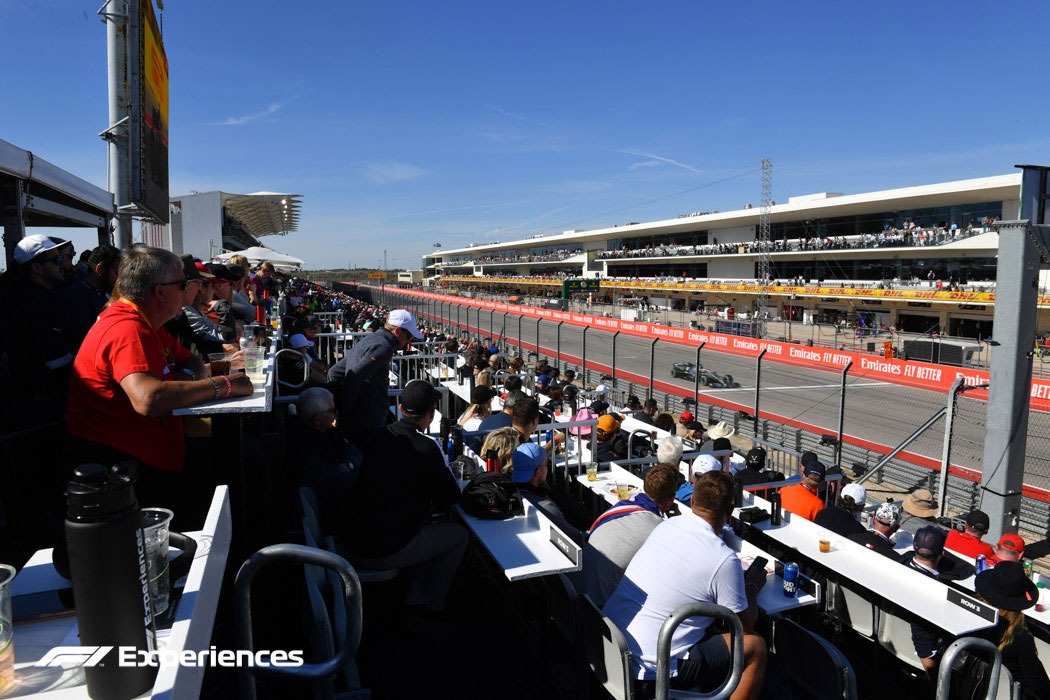 Lunch With A Legend 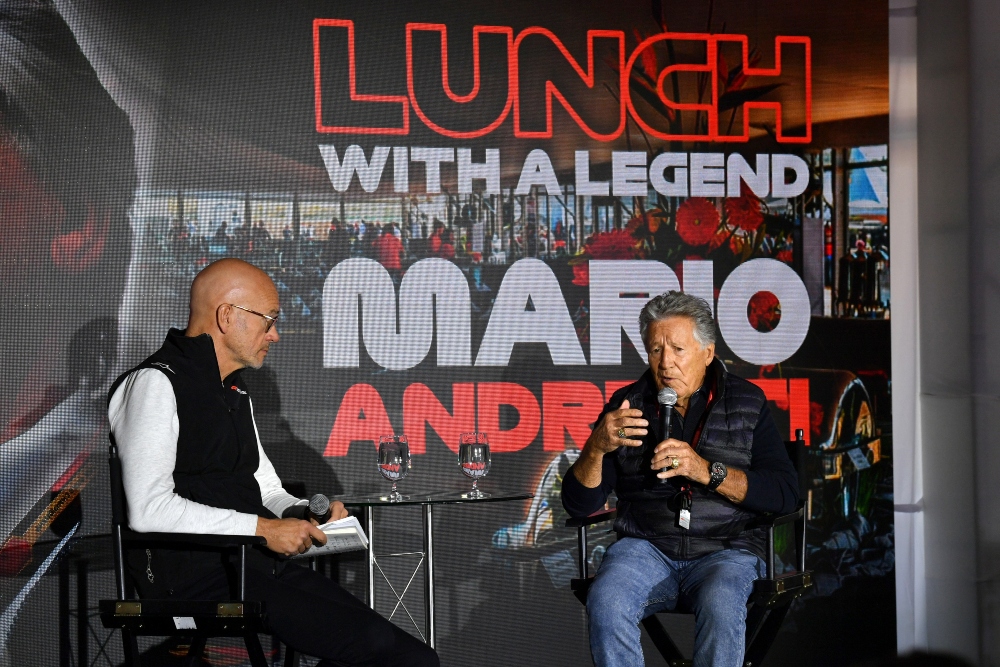 Guests in the Champions Club were treated to a special appearance on Friday afternoon from 1978 Formula 1 World Champion and 4-Time IndyCar title winner Mario Andretti for Lunch With a Legend! Andretti spent the hour being interviewed by acclaimed F1 journalist Luc Mayor and told several stories about his legendary career in racing and the legacy of his family.

During the Q&A session, guests asked Andretti questions about the future of the sport, his thoughts on the upcoming rule changes in 2021, differences between racing now to when he was active and much more. 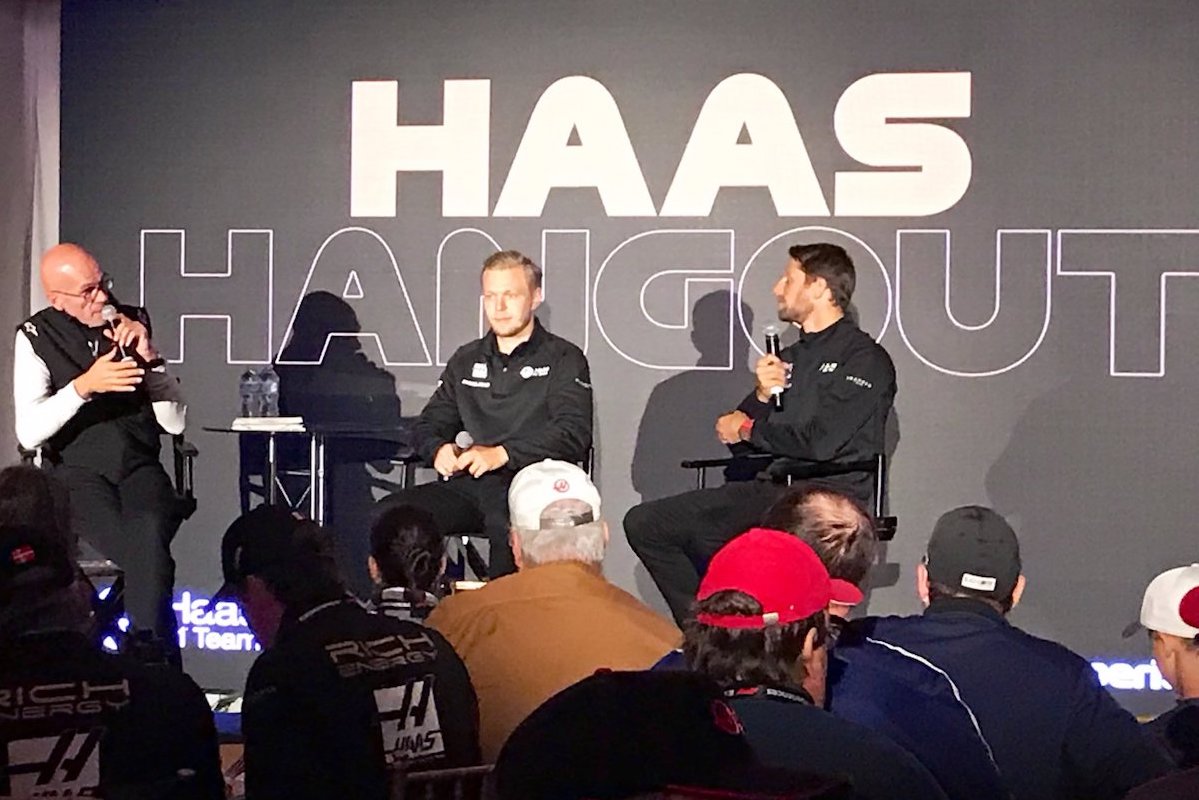 Guests on Saturday night were treated to a special event honoring America's only F1 team at the Haas Hangout! 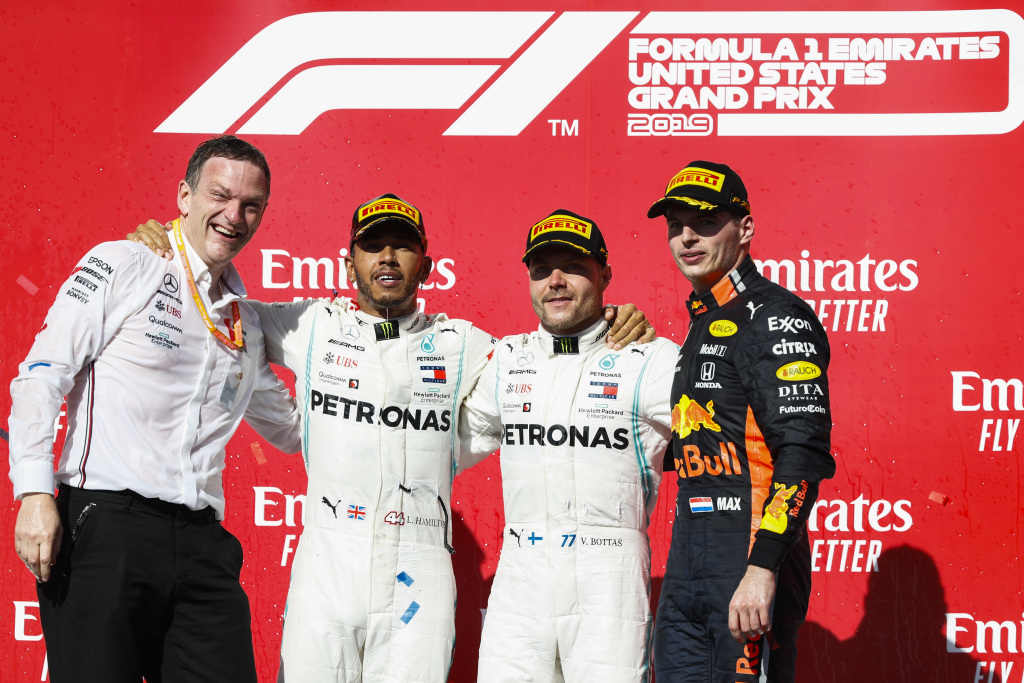 Talk about a 1-2 for Mercedes.

The Constructor Champions came into Austin with the chance to make history, and make history they did.

While Hamilton claiming his sixth World Championship seemed a foregone conclusion, especially considering his dominance at Circuit of The Americas, the 2019 USGP still had some surprises up its sleeve.

After an impressive performance in qualifying, Valtteri Bottas took pole position while Hamilton slotted in at fifth.

On Sunday, Bottas and Hamilton did what was needed, as Bottas led most of the way and crossed the finish line first to take home his fourth win of the season.

But the day belonged to Hamilton, who finished comfortably in second place to go to 381 points and clinch that coveted No.6.

The celebration ensued as soon as both Hamilton and Bottas reached the podium, with both men celebrating their individual honors together as teammates.

Outside of Mercedes' dominance, it was a poor day for Ferrari's Sebastian Vettel, who was forced to retire after eight laps following a suspension failure in his car.

The United States Grand Prix returns to Austin, Texas next year and you can be there with an Official Ticket Package from COTA Experiences! Packages come with select seating options around the track, exclusive insider extras and the option to add Champions Club hospitality for Saturday and Sunday and the Haas Hangout on Saturday.