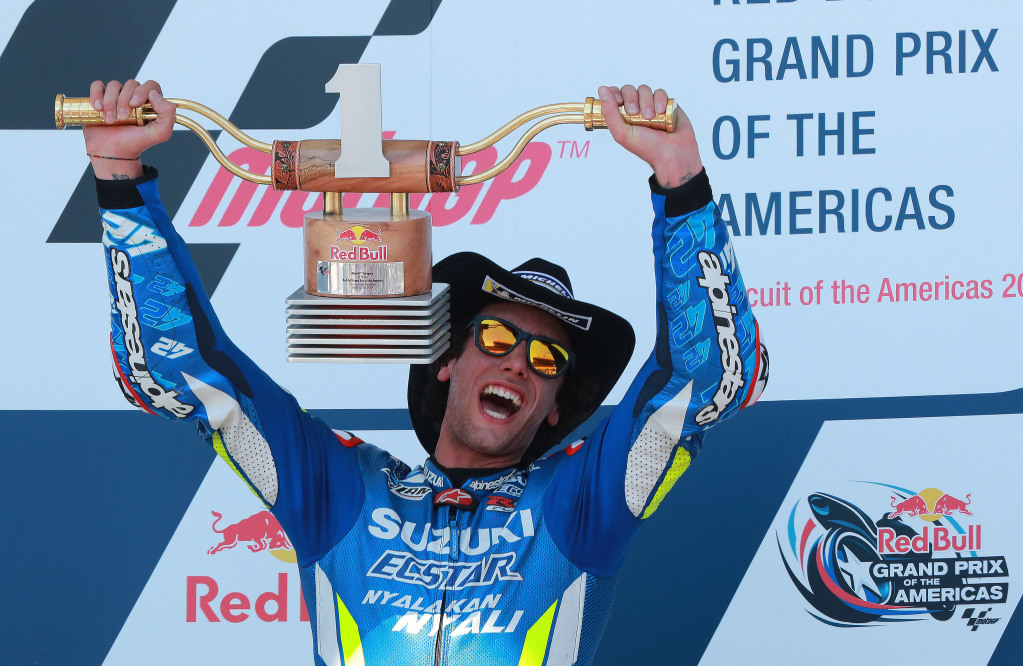 On the same weekend that Game of Thrones premiered its final season, it was only fitting that a new king would be crowned at Circuit of The Americas™.

Here is how everything went down at the 2019 Grand Prix of The Americas.

Rins Wins in duel of the Season 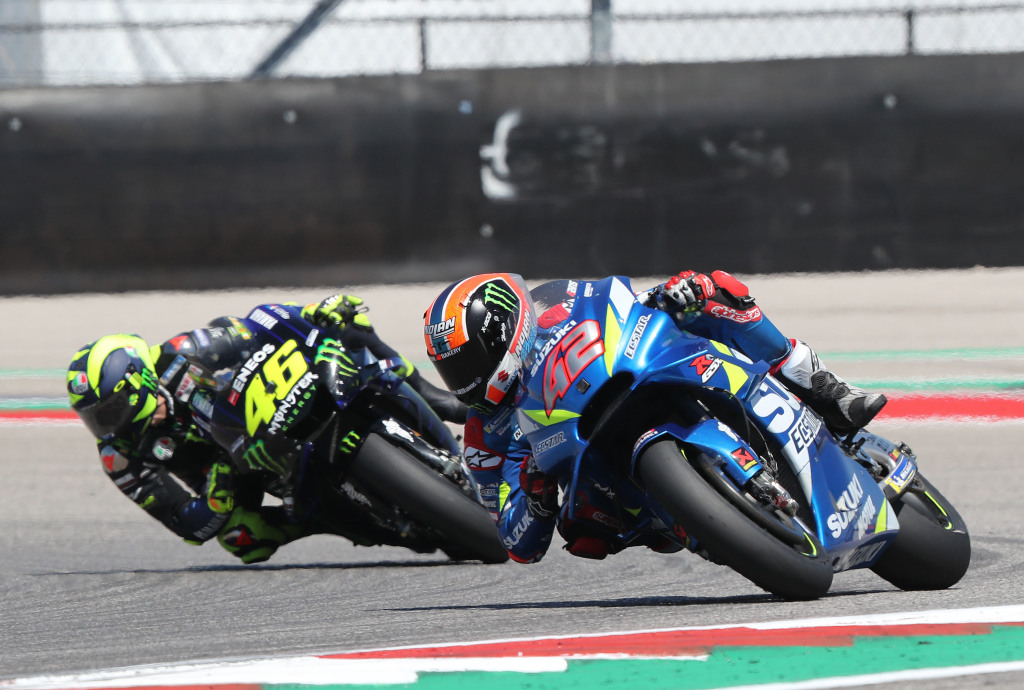 In one weekend, Alex Rins went from title pretender to contender with a stellar performance in Austin.

Riding the Suzuki that has produced tremendous results early throughout the season, Rins was able to put together a complete race to earn his first win at the highest level of the sport.

With Marc Márquez's exit from the race at the midway point, COTA became anyone's title to win.

Yamaha's Valentino Rossi took command and looked to be the second rider ever to win at COTA, but Rins pushed right onto his tail. The two stayed in conjunction for a solid portion, before the young Spaniard decided to make his move.

On Lap 17, Rins cut inside of Rossi going into Turn 7 to jump into the lead. The move was left wide open by Rossi, who cut way too far to the right coming into the turn.

With Rins now in front, Rossi couldn't put together the combination to reclaim his lead, losing momentum on the final lap.

As Rins crossed the finish line, he secured Suzuki's first MotoGP win since 2016. 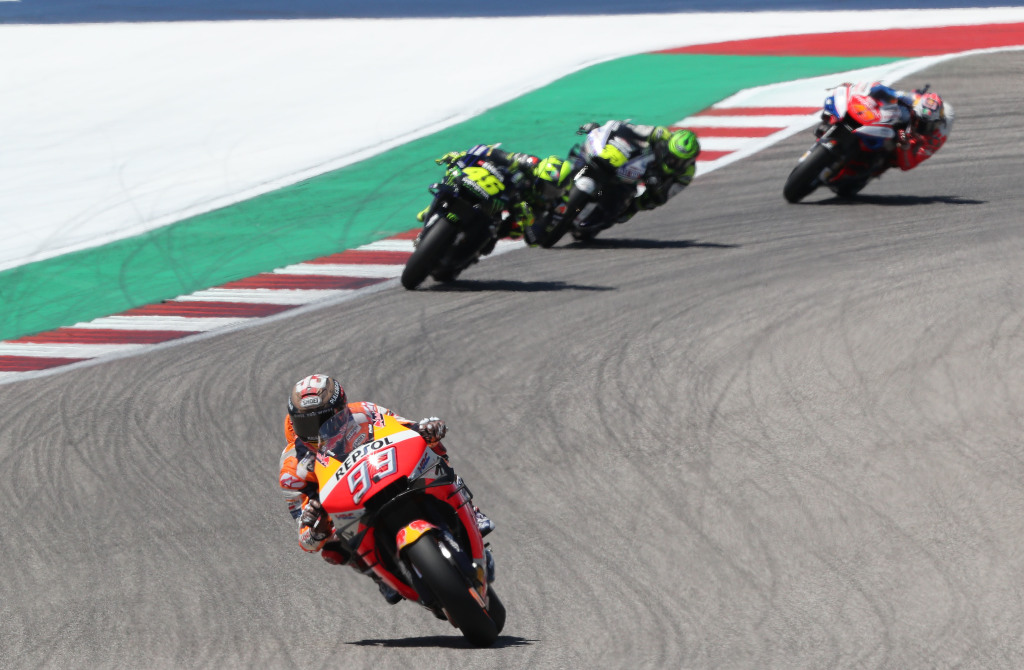 Márquez (93) with a big lead early

No lead is safe in MotoGP, even when you've never lost at a track.

Márquez was hit hard with this lesson in Austin this year.

The six-time, and only, champion of the Grand Prix of The Americas was out to a healthy lead within the first handful of laps. All was going according to plan for the Catalonian, and his eyes were set on victory number seven at COTA.

But narrative's are meant to be altered, and Márquez's story changed within a matter of seconds. On Lap 9, Márquez lost control of his bike heading into Turn 12. As the bike skidded off the asphalt, it dragged the leader with it.

The reigning champion quickly tried to get his bike back up, but the damage had already been done as the engine had completely stalled.

The emotion of the failure was pure from Márquez, and it rang true that the only man that could beat him at COTA was himself. 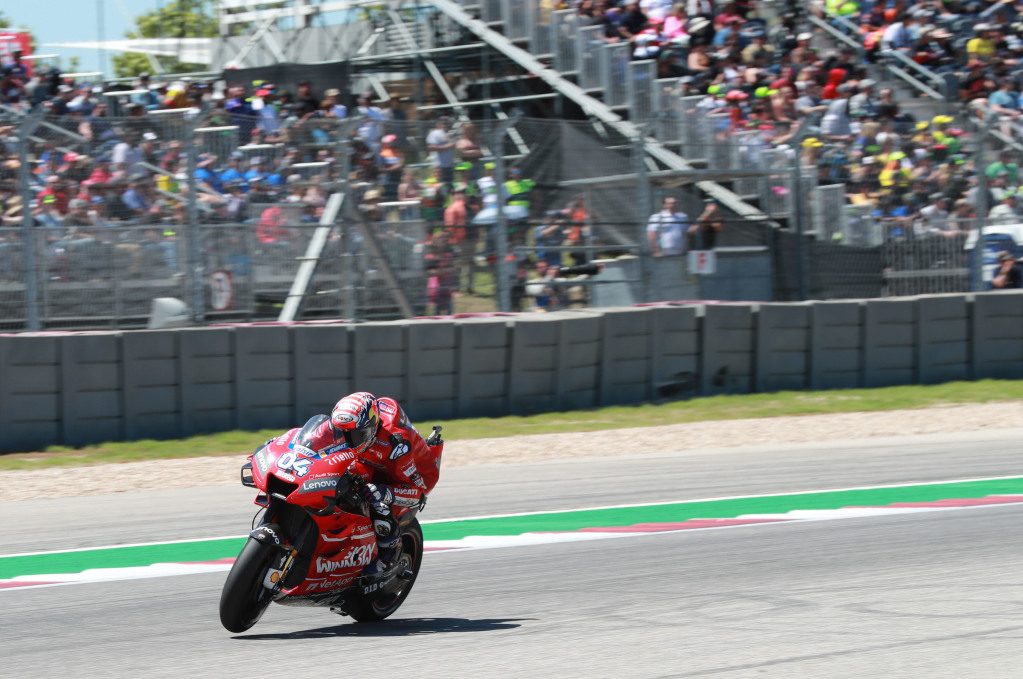 While Rins had momentum heading into COTA, it was Ducati's Andrea Dovizioso who was predicted to challenge Márquez and be the one to usurp the dominant champion.

And while Márquez's misfortune took headlines, the Italian missed out on a huge opportunity to stretch his points lead by a poor performance in qualifying on Saturday.

Claiming improper track conditions as a factor, Dovizioso was left in Grid 13 to start the race on Sunday after a dreadful run in qualifying.

However, Dovisioso made quick work back up the standings, shooting from 13th place all the way to sixth within the first lap. The Italian ended up finishing in fourth, just one slot shy of spot on the podium, but enough to make him the point leader through three races.

The historic weekend was made even better for guests of COTA Experiences. Guests got to enjoy the weekend at COTA in the Paddock Club hospitality with food and special entertainment.

Official Ticket Packages included seating at the most action-packed spots around the track, including Turn 1, Turn 15 and the Main Grandstand. With the race living up to the hype and beyond, it was a treat for guests to witness the race from the most dramatic turns and best viewpoints at COTA.