We are back from an amazing (and wet) weekend at Circuit of The Americas™ for the 2018 F1® United States Grand Prix! We spent the whole weekend getting as close to the sport as possible, and topped it off by watching Kimi Raikkonnen win his first race in 2,044 days!

But the action started days before as our guests spent the weekend by taking a part in everything that Champions Club had to offer. Whether it was the view of the track, the gourmet food buffets or the driver appearances, there was something for everyone in our Champions Club hospitality.

Let's take a look back at the riveting weekend:

Lunch with a Legend

The festivities kicked off on Friday with our Lunch with a Legend featuring Michael Andretti. Our guests arrived at 11 a.m. and were treated to a spectacular lunch with an open bar.

At around noon, F1® Experiences' James O'Brien took to the stage to get the crowd ready to welcome our special guest — Michael Andretti! Andretti entered Champions Club to roaring applause and took to the stage to hang out and answer some questions. O'Brien started off the Q&A session by going through Andretti's career stats and asking about the tales from his young racing days. We got insight into Andretti's loaded racing career, as well as some of his future ambition. Hint: he wouldn't mind having his own Formula 1® team in the paddock someday! 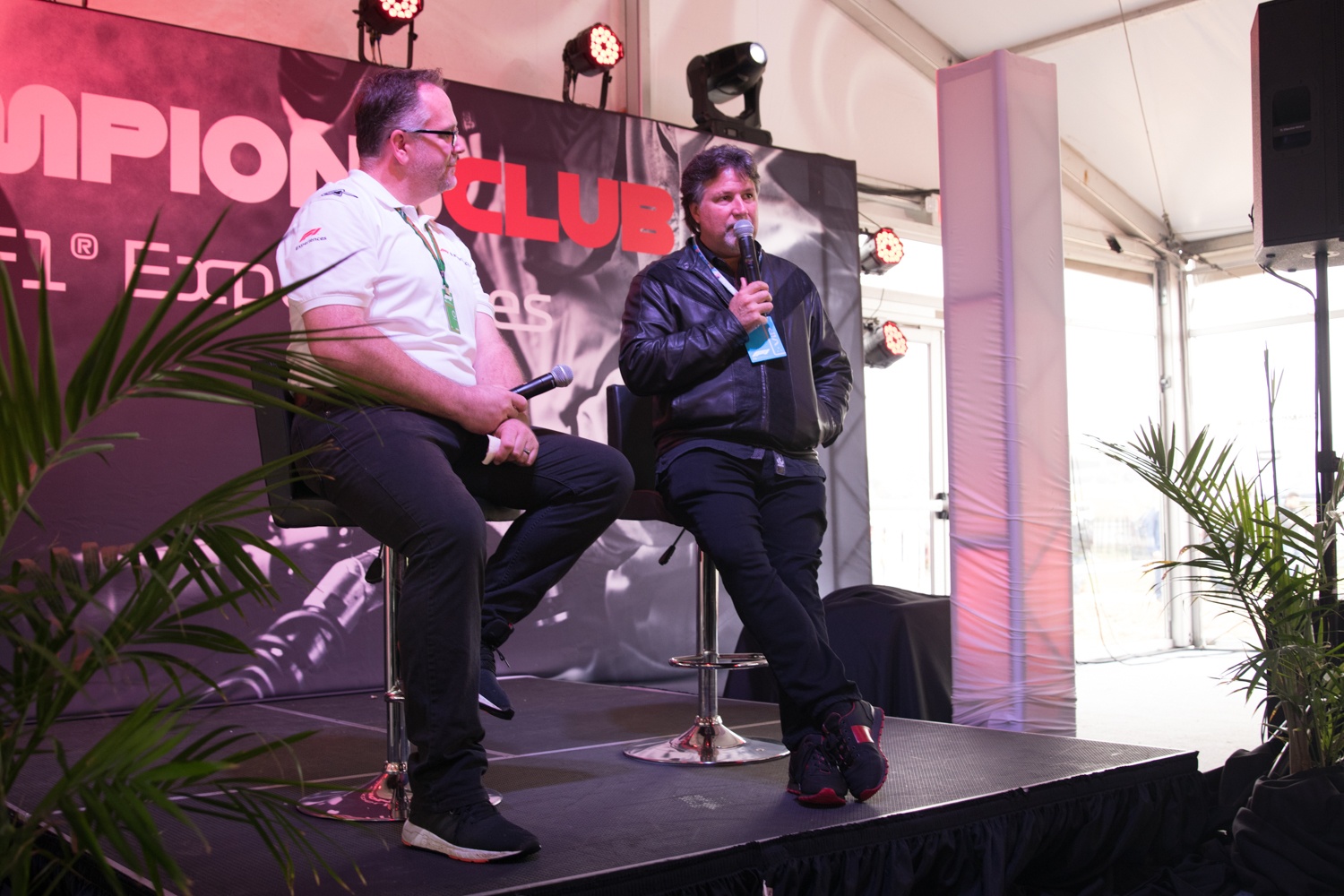 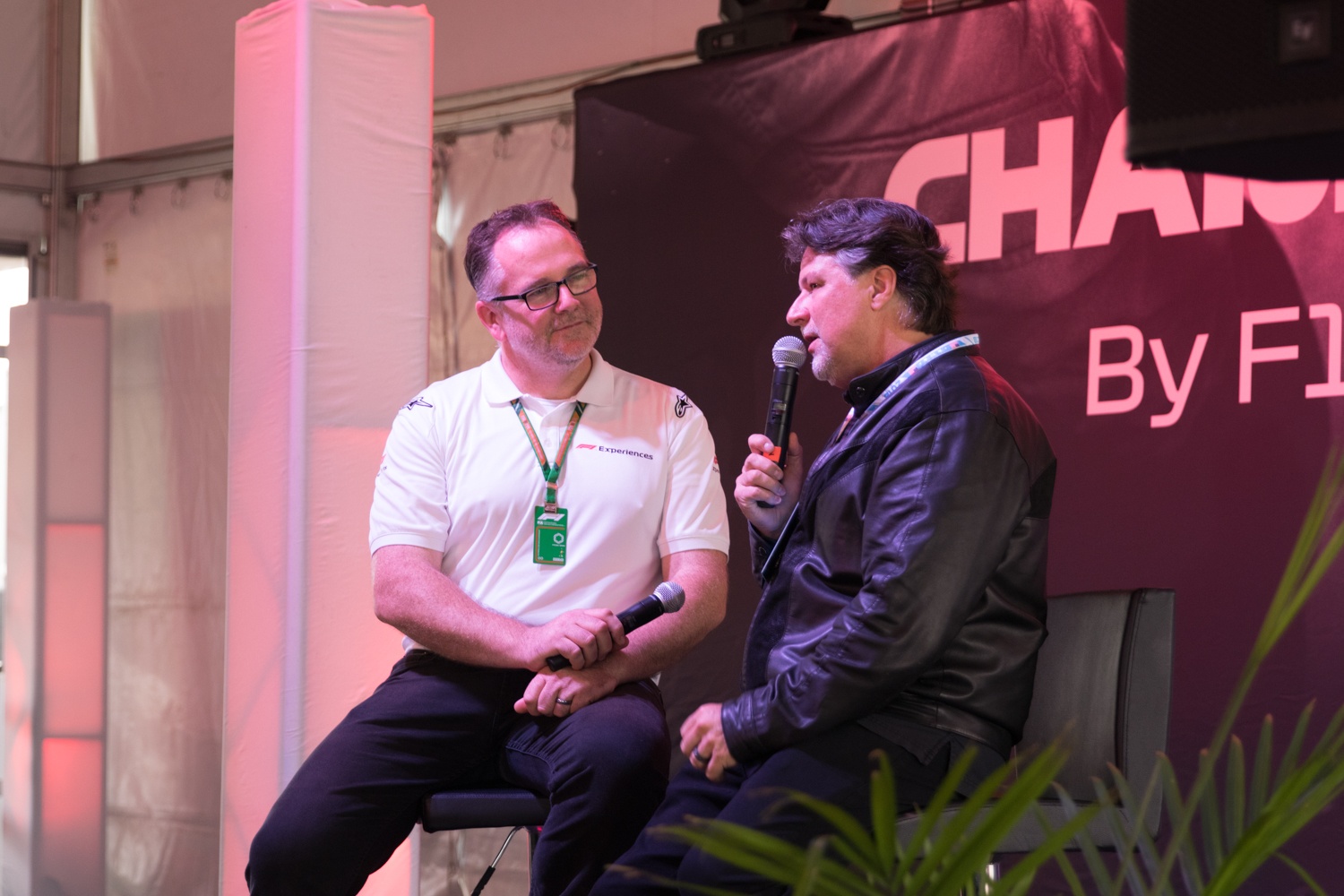 As the Q&A session opened up to the crowd, our guests asked the racing legend a myriad of questions ranging from "Who was your biggest rival during your career" to "What is the next car I should buy?" As the interview wrapped up, Andretti sat down for an autograph session where our VIP guests could grab a signature and picture with the legend. 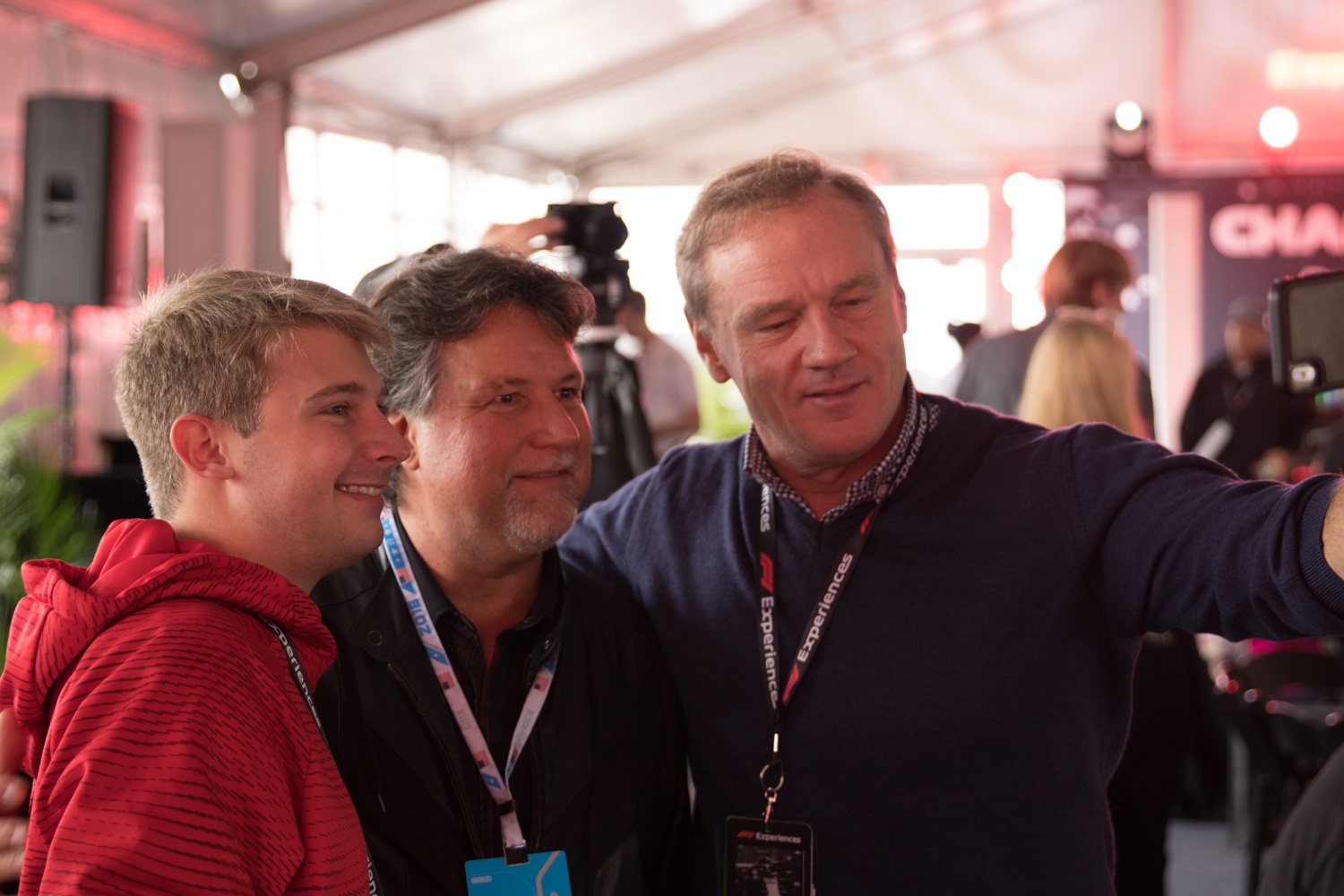 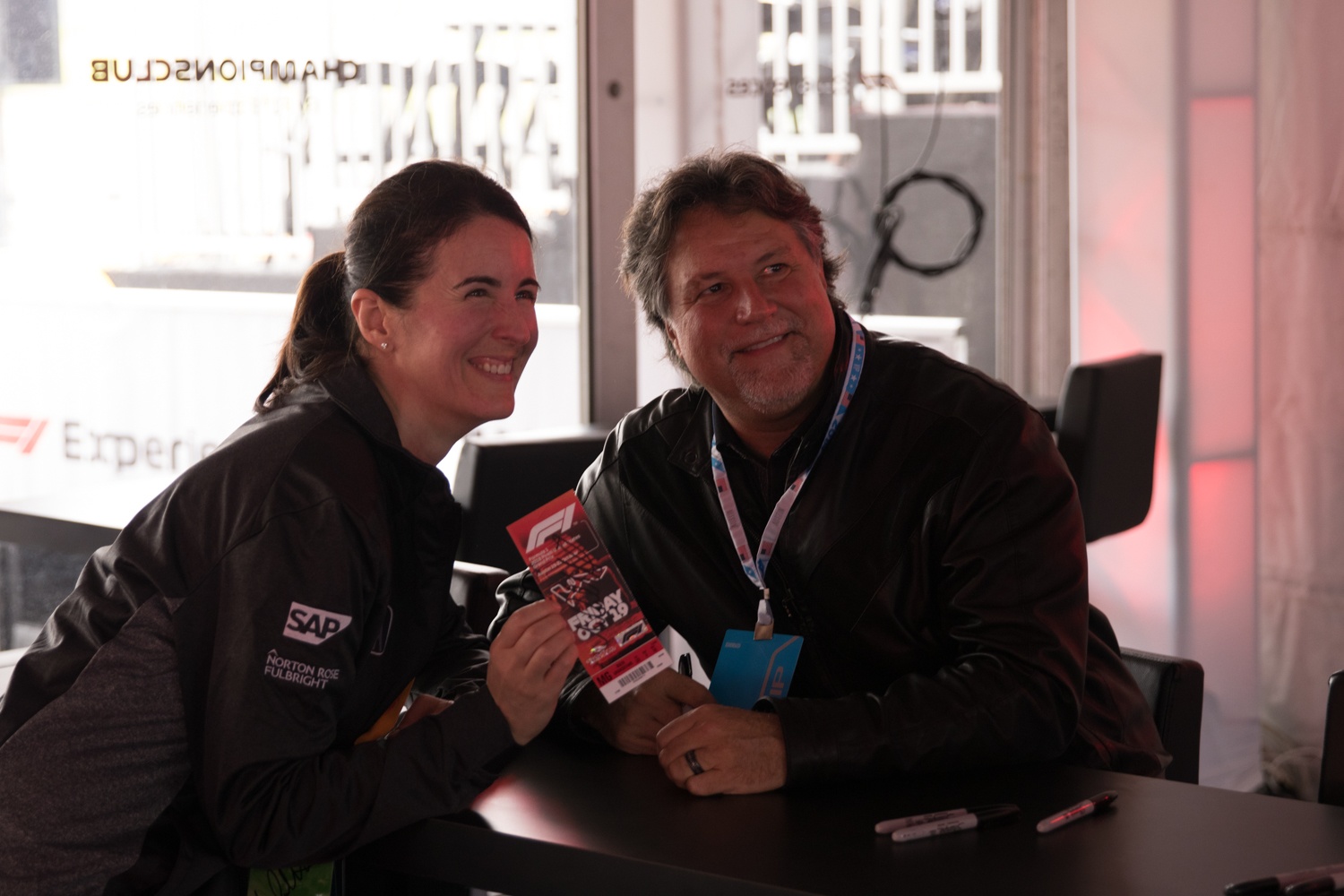 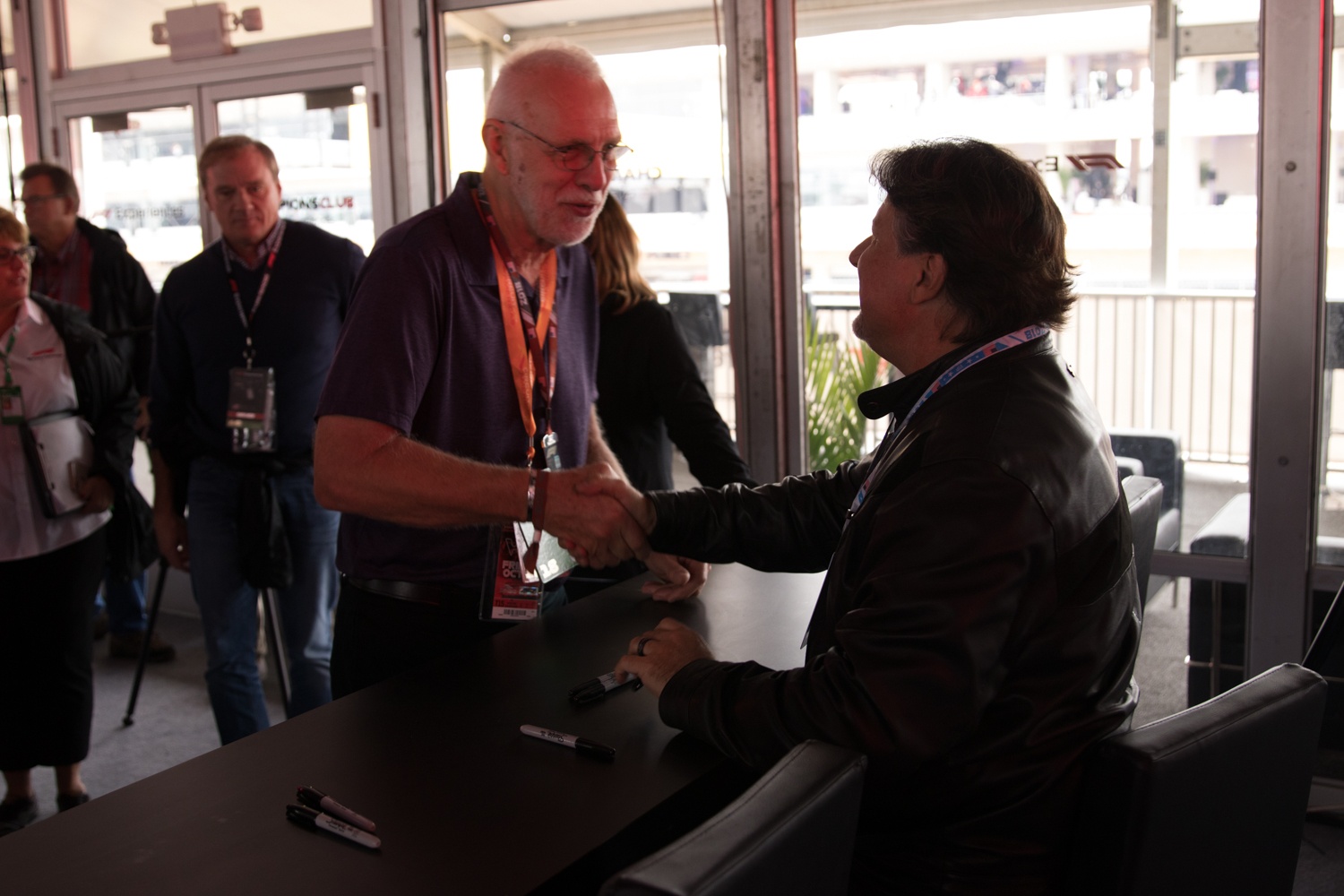 Champions Club was opened bright and early on Saturday as our guests filed in to grab some of the delicious breakfast that was awaiting them. Several guests spent the morning eating out on the front patio that gave them a perfect view of the starting line and Turn 1. After it down poured on Friday, Saturday's offering was a little better, with light rain sprinkled throughout the day.

Several guests spent the majority of the day keeping track of the qualifying trials, as Lewis Hamilton gained an edge on his favorite track and qualified for the pole position. Even qualifying was dramatic, as Hamilton edged out title-contender and rival Sebastian Vettel by 0.061 seconds.

In the afternoon, the Champions Club was paid a visit by McLaren CEO Zak Brown. Once again, O'Brien moderated an interview with Brown as the two went over Brown's fascinating career in motorsport and hopes for McLaren's future. But there was a surprise waiting in the middle of the interview: Michael Andretti decided to join us once again and get in on the action with Brown. The two, who are long-time friends whose careers have intersected at various points, shared the stage and answered even more questions. It was a surreal experience to see the two on stage together! 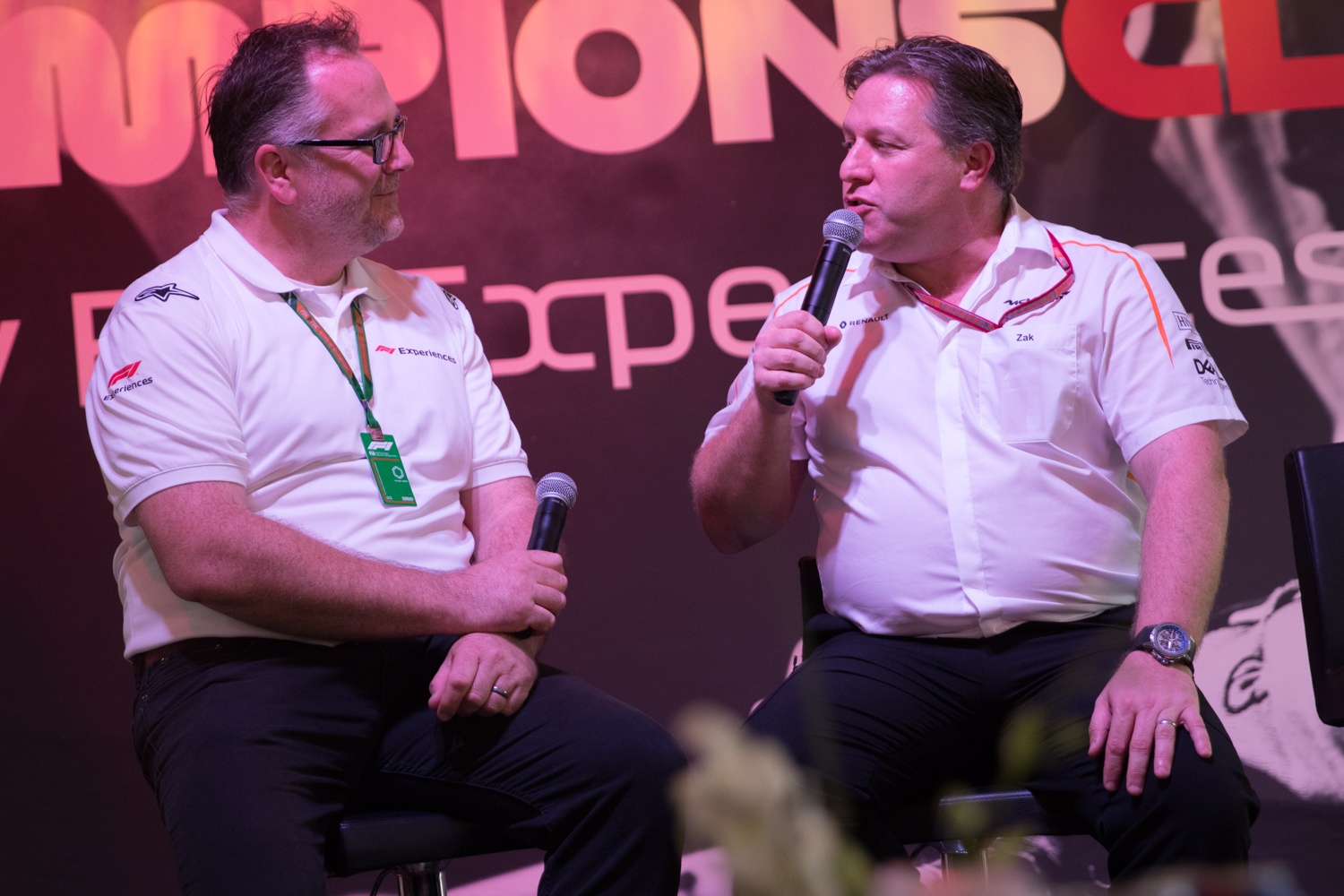 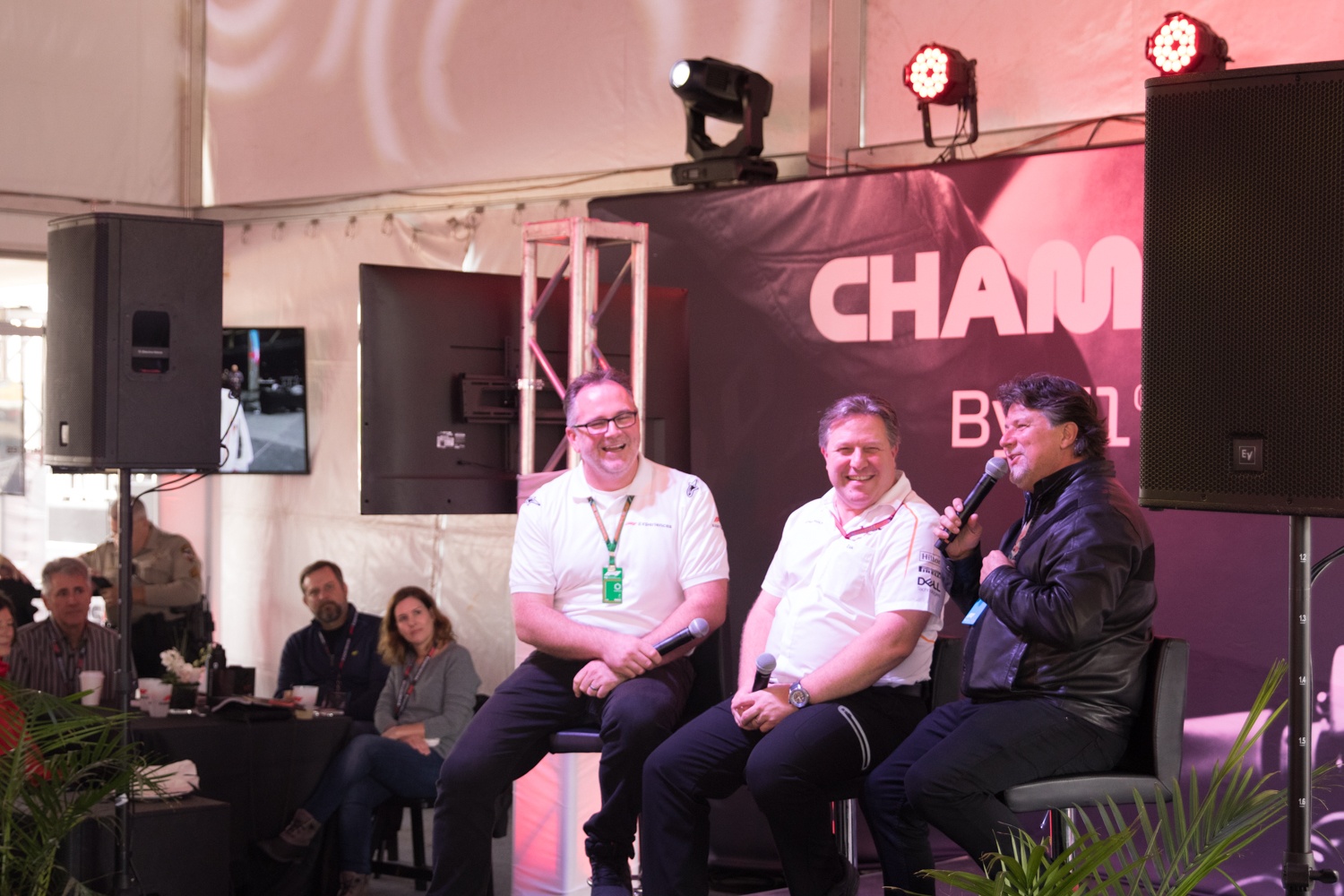 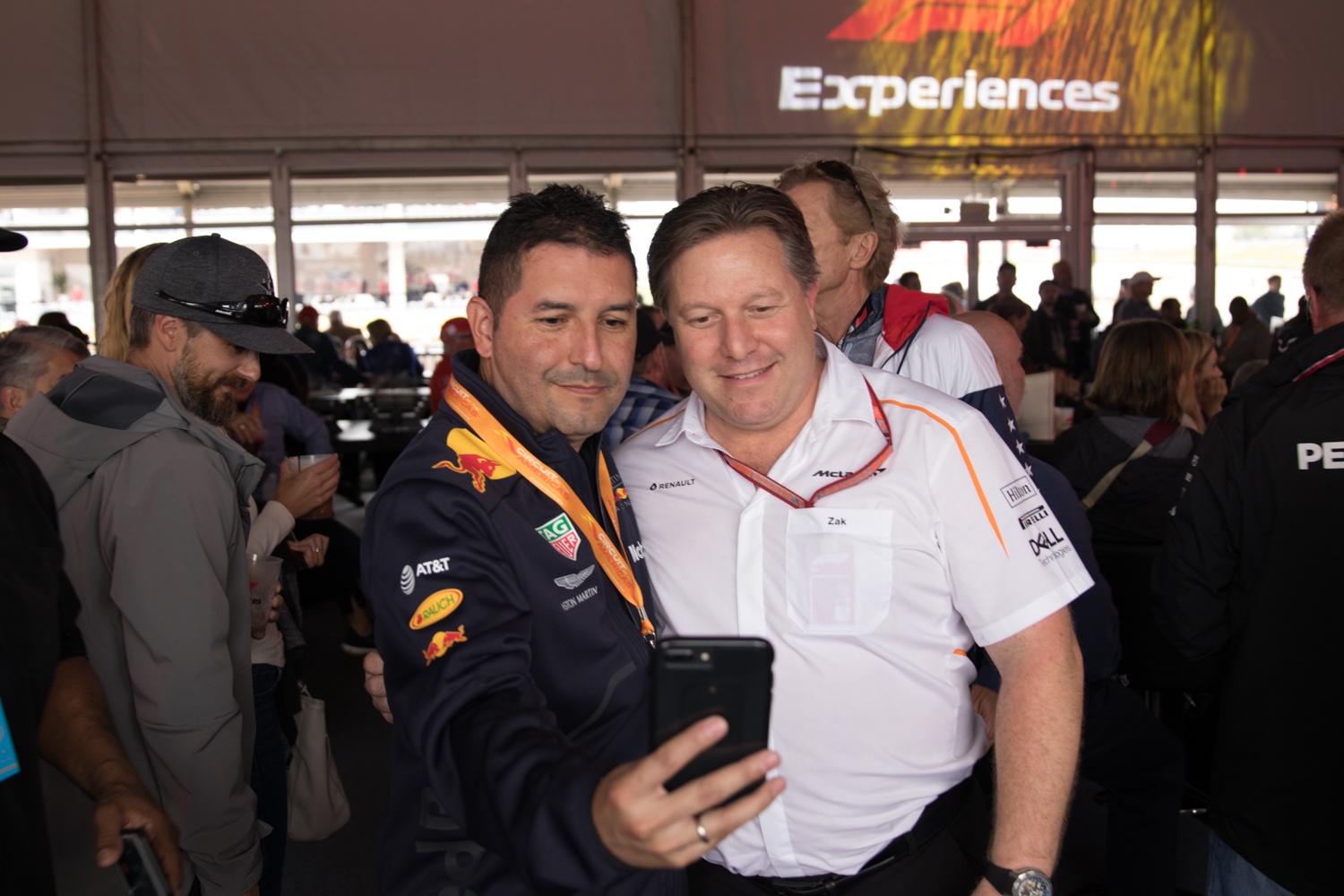 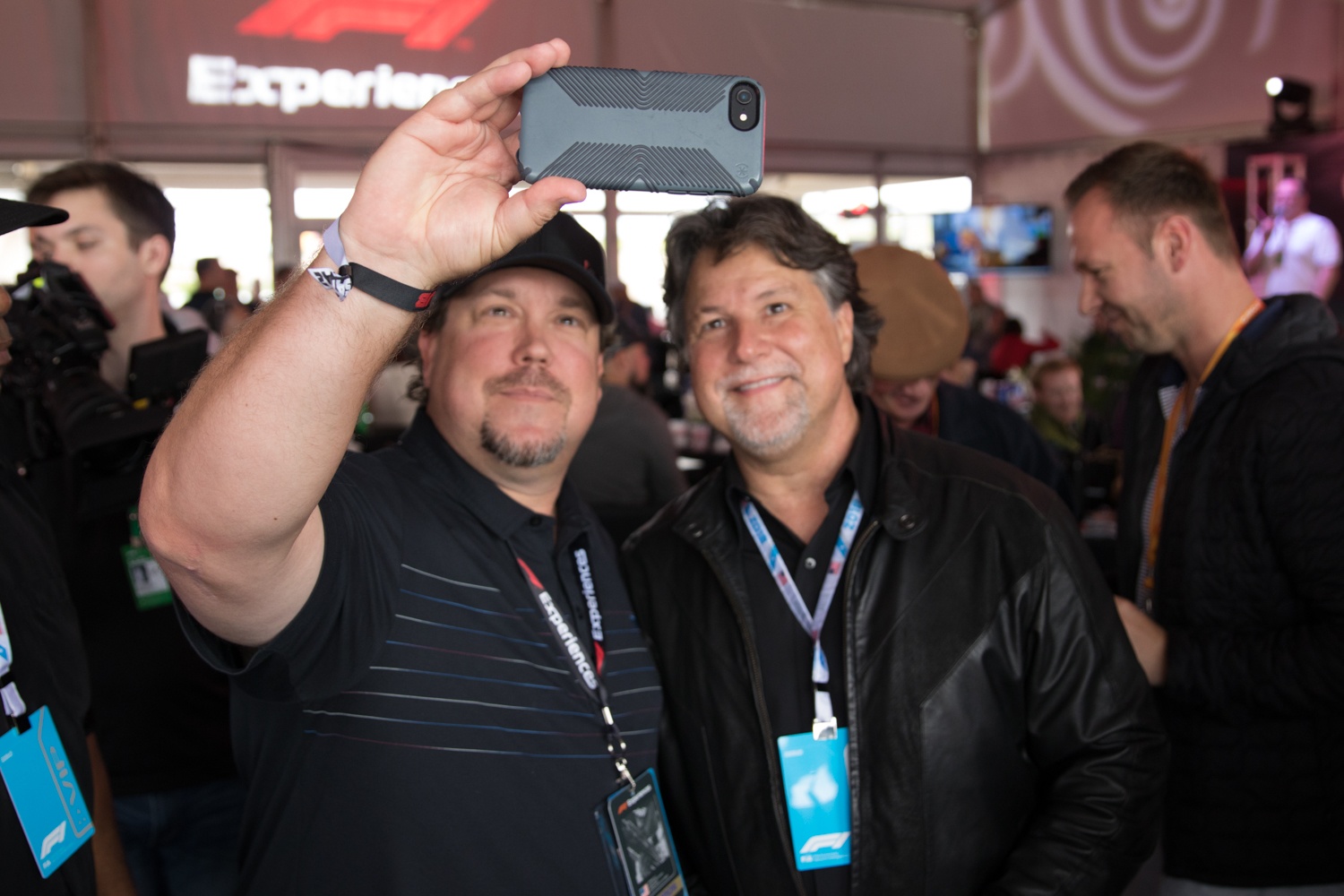 After qualifying finished up on Saturday, the Champions Club underwent a quick makeover as it became the venue for the Haas Hangout! Our guests were able to dine and chat with members of the Haas F1® Team as they prepared for the big race on Sunday.

After about an hour of eating with the team, we were joined by Haas drivers Romain Grosjean and Kevin Magnussen on the stage. The two did a Q&A together, talking about the season so far, qualifying and what they hope next year looks like (they are both staying on with Haas). Grosjean even gave us a little insight into his other passion of cooking, citing it as a possible second career once his racing days are finished.

After the interview, the two split up and each held an individual autograph session. The best part? Every one of our guests were given a special edition Haas hat, and were able to get them signed by the stars of the team! 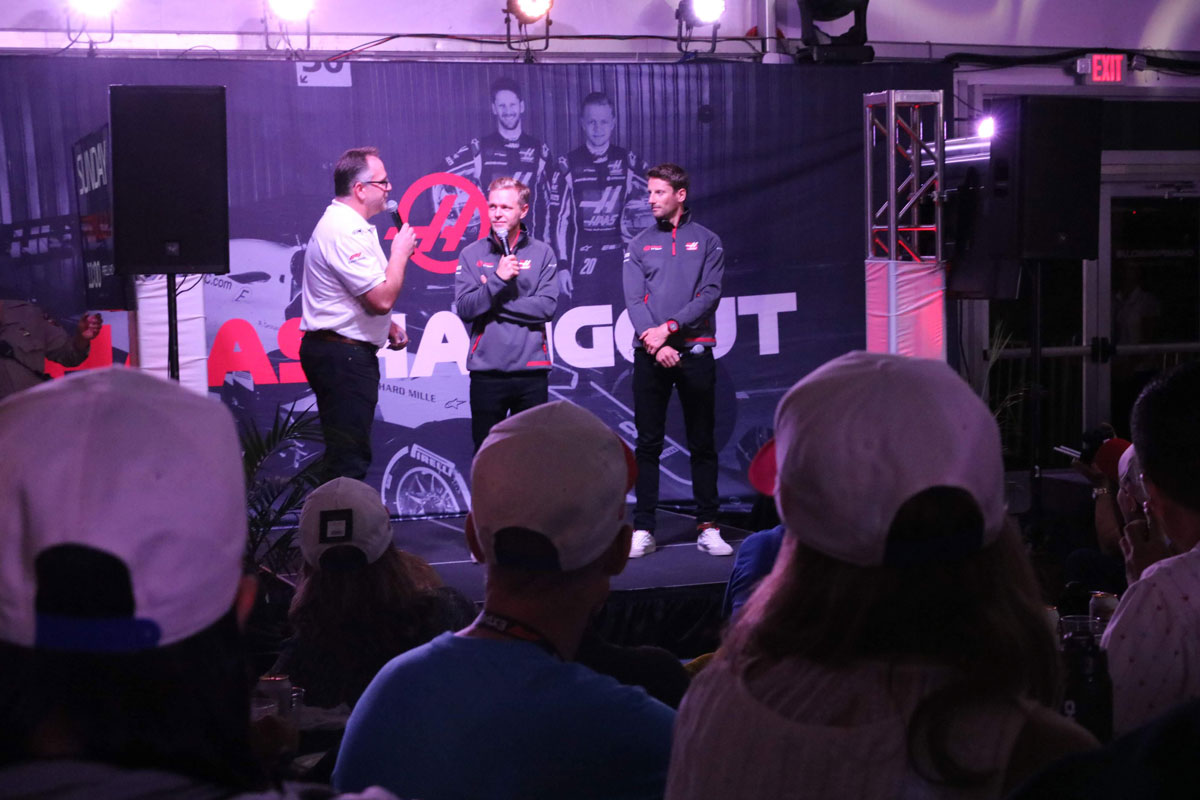 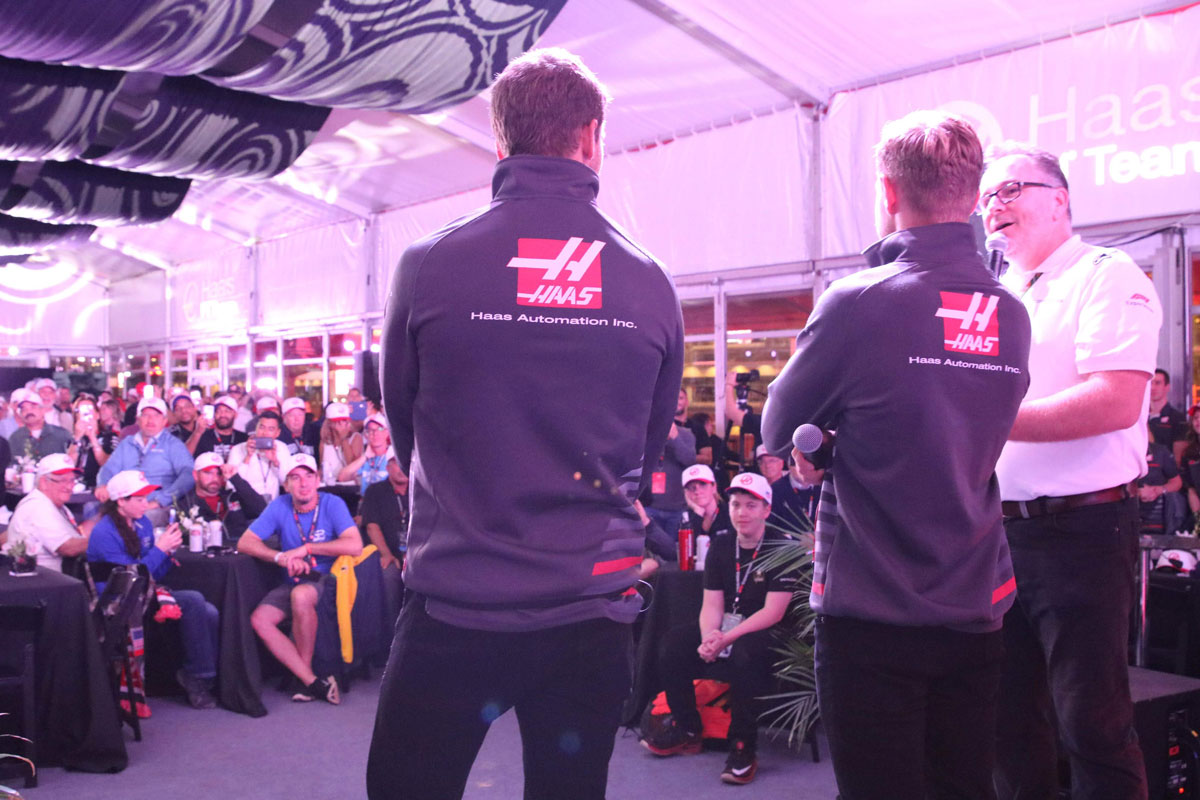 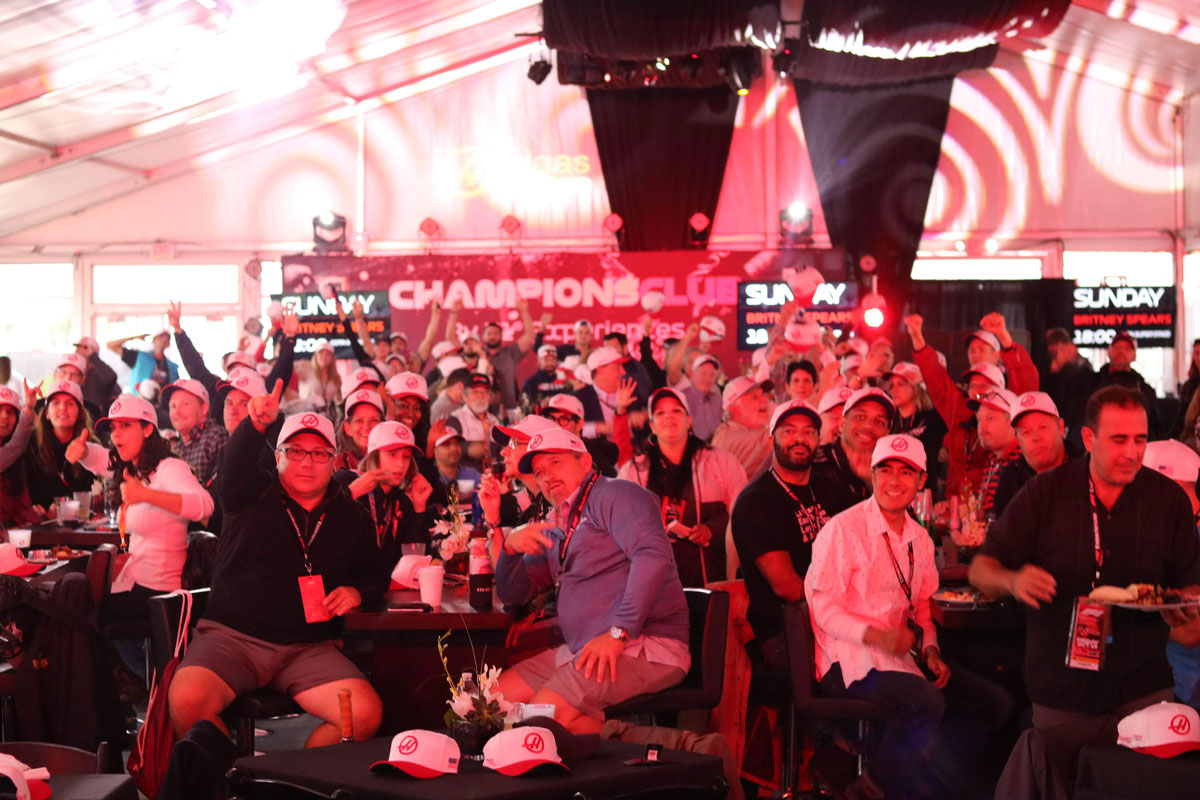 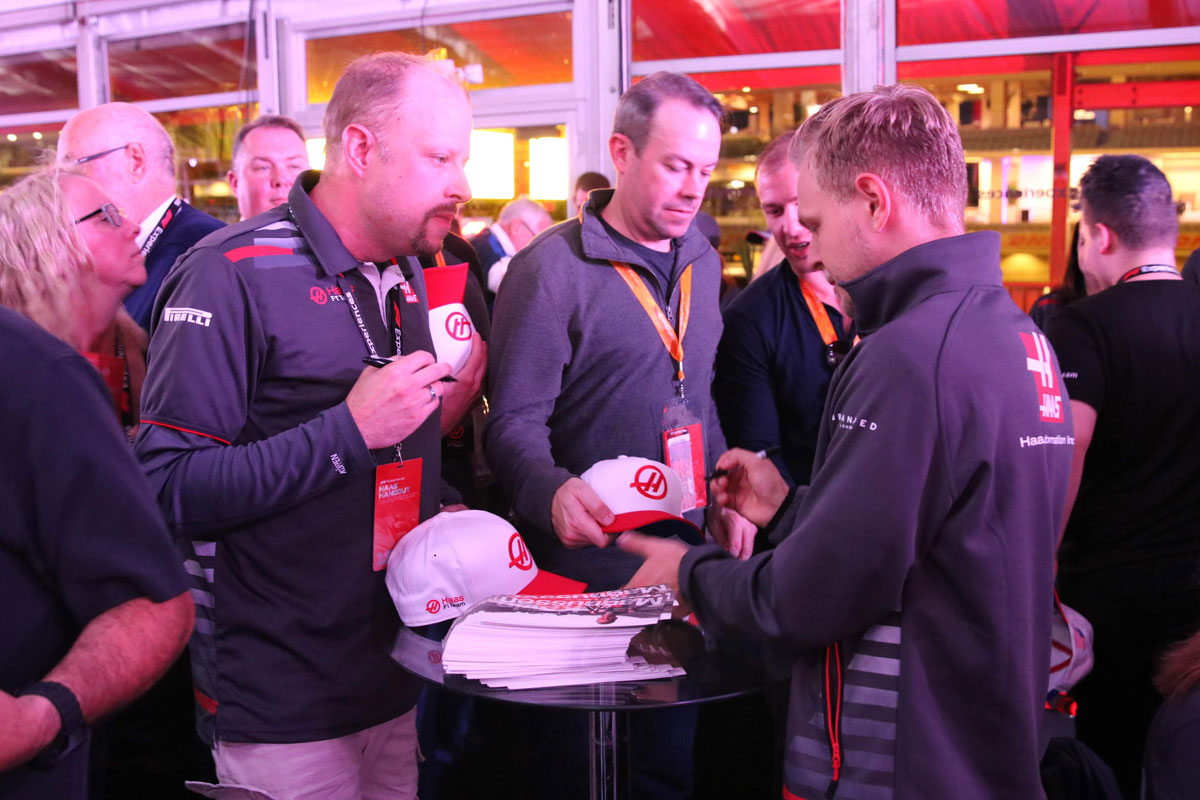 We finally made it to race day!

With a full day of racing action ahead, our guests came to Champions Club in the morning to find their spot to view the race from. The sun was finally out in full force on Sunday, making it perfect conditions for a monumental, season-deciding race.

Even though it was race day, we still had the privilege of spending time with with McLaren's Stoffel Vandoorne before the race. Vandoorne had limited time because he had to get ready for the race, but still answered questions from O'Brien and took pictures with a few guests on his way out. 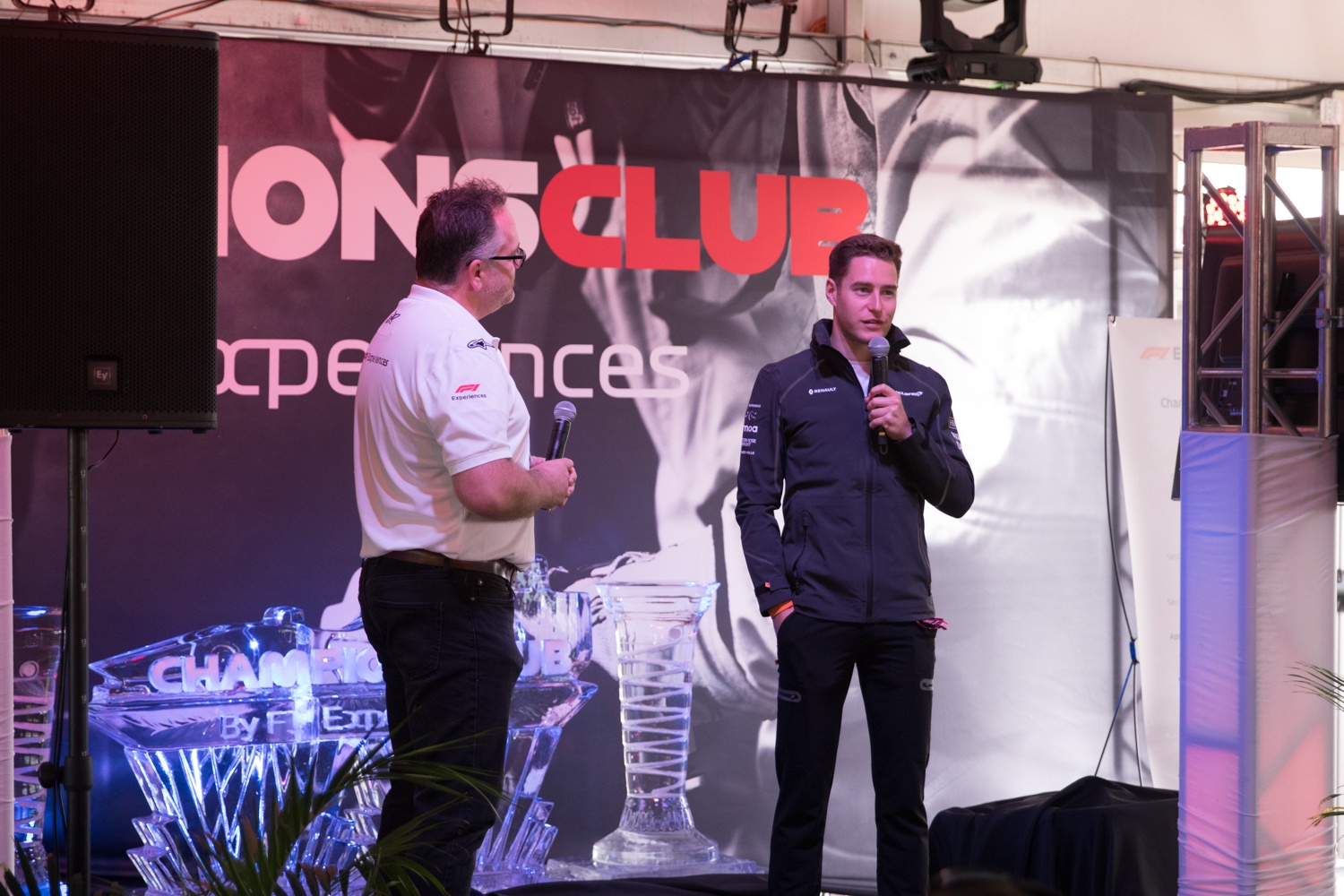 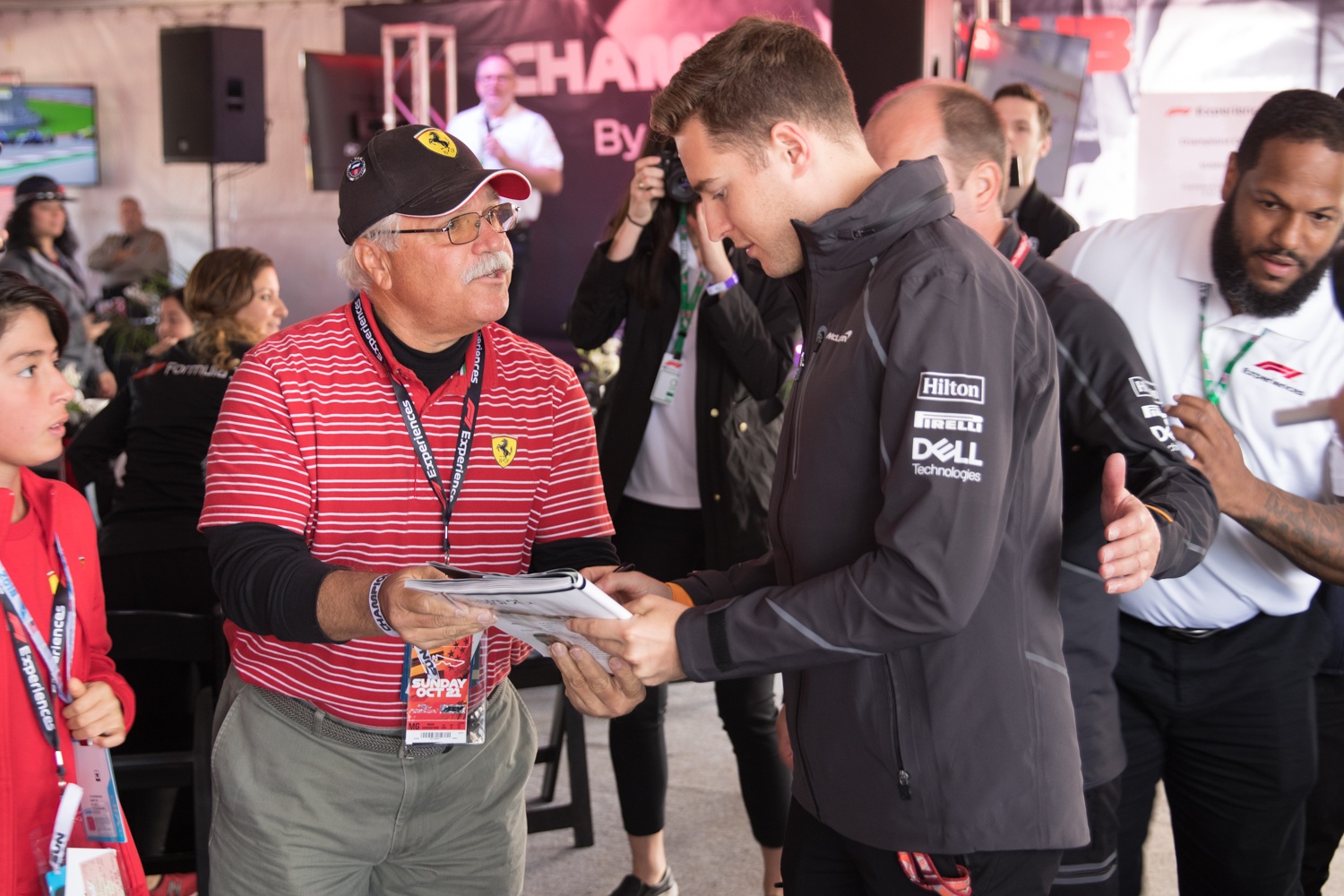 Our guests took to the outdoor area of hospitality to watch the parade of drivers, which took place about a half hour before the start of the race.

But once 1 o'clock hit, it was time for the action. Mercedes' Lewis Hamilton came into the race with a chance to clinch the World Championship, so the excitement in the air was palpable. Over the course of the 56 lap race, there was action at every turn. Two moments stuck out: Ferrari's Sebastian Vettel spinning out on the very first lap, and the dramatic finish on the third to last lap as Hamilton tried to overtake Red Bull's Max Verstappen, but failed. 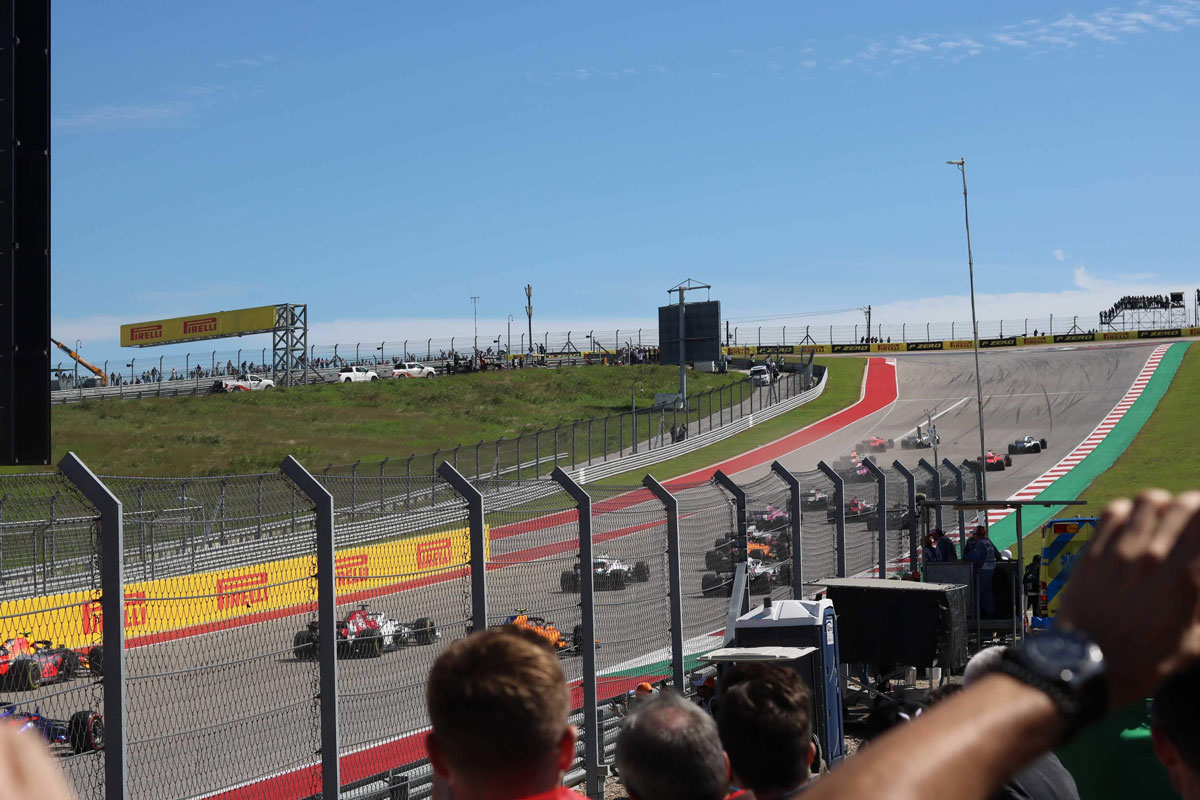 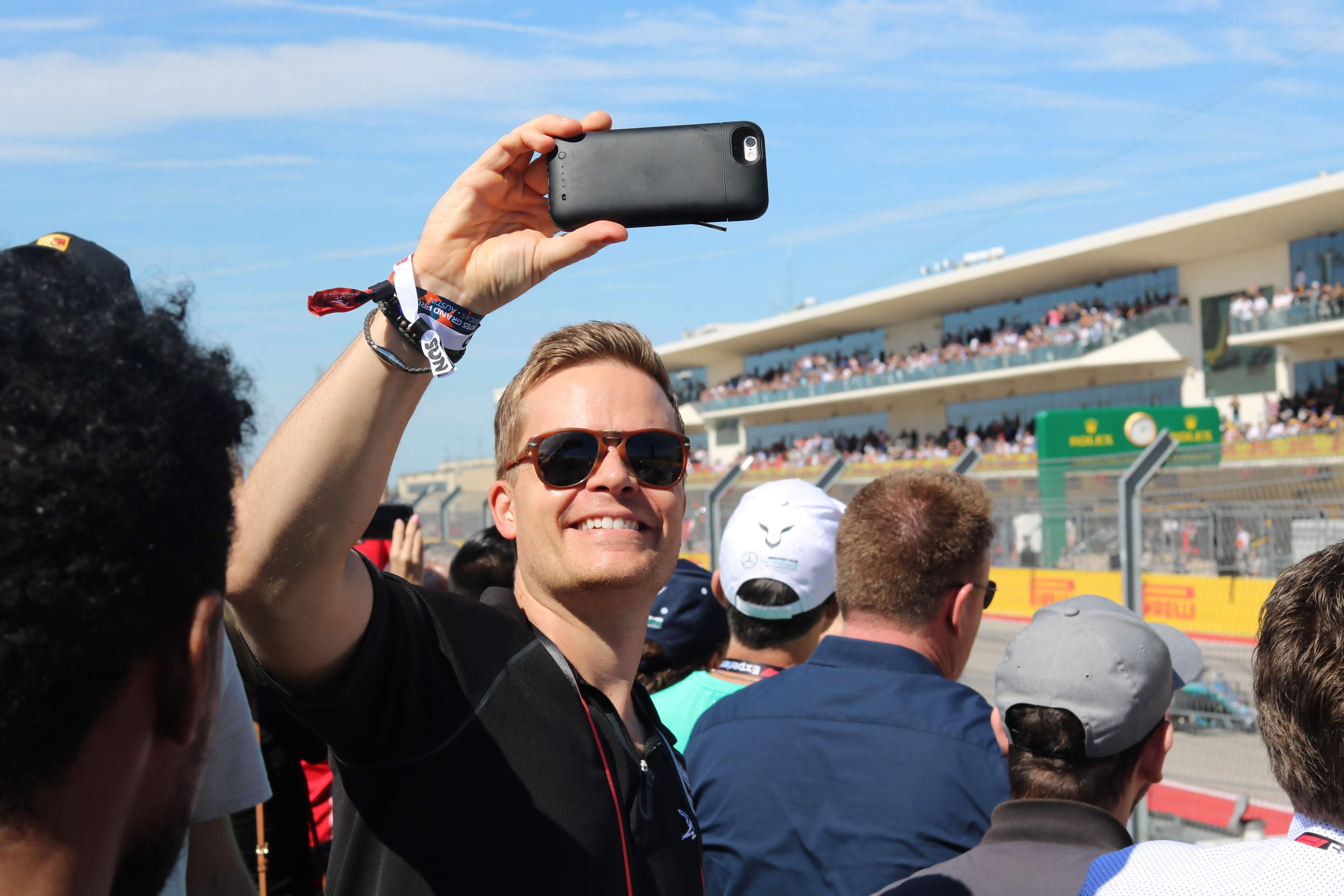 What was considered to be Hamilton's crowning moment of the season actually became the biggest surprise of the year as Ferrari's Kimi Raikkonen took first place and kept Hamilton from claiming the World Championship for another week. 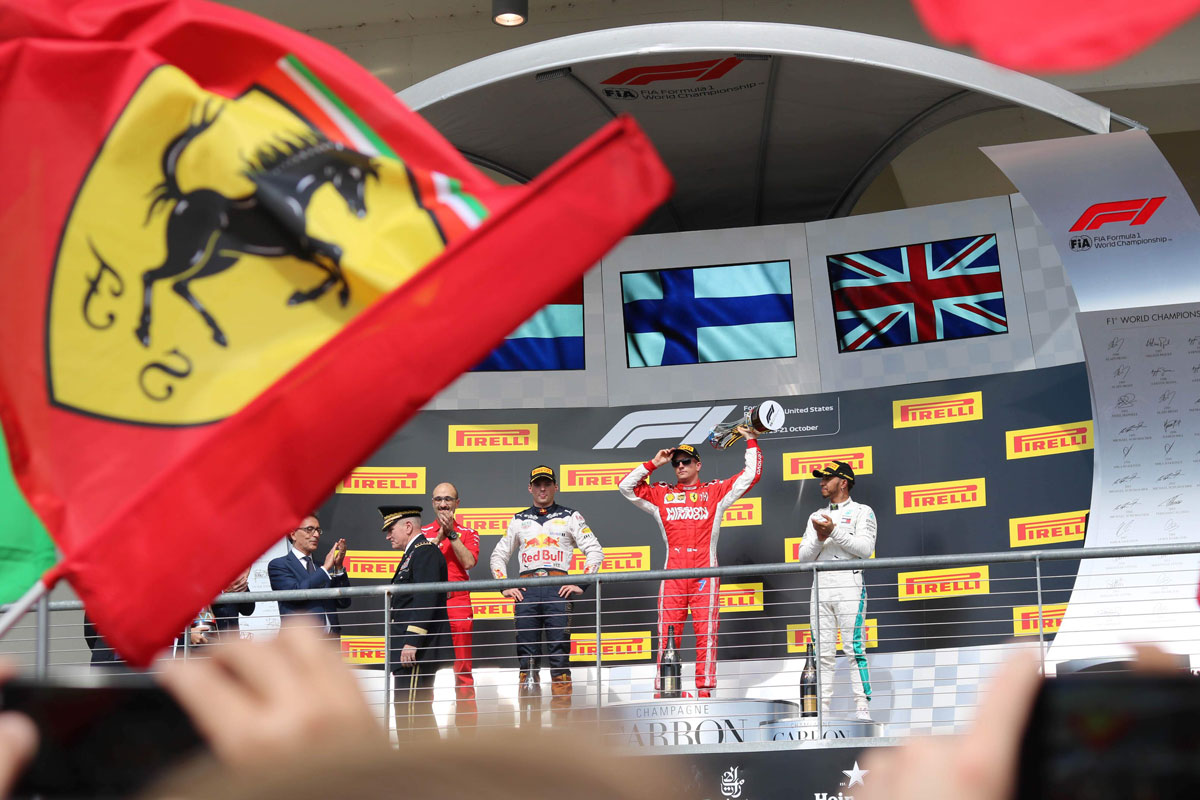 The Ferrari fans in our hospitality celebrated as their man crossed the finish line, and the party rolled over into Champions Club for the rest of the evening.

Overall, it was a very exciting Sunday at Circuit of The Americas.

We are already looking forward to what the Champions Club will look like at the 2019 United States Grand Prix! If you want to experience all of this next year, make sure to get an Official Ticket Package to the USGP through COTA Experiences!